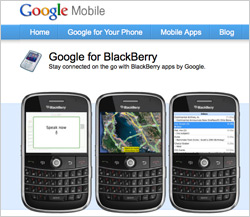 Google.com was by far the top-ranked mobile site for the week ending Feb. 23 with a 17.3% share of the U.S. audience. Plus, Google-owned properties claimed half of the top 10 mobile sites, accounting for almost a quarter of the audience within that group.

The information comes from a new mobile measurement service launched today by Hitwise. The census-based data is drawn from a sample of 50,000 unique smartphones and tablets across 3G, 4G and Wi-Fi networks. Hitwise Mobile tracks visits share, page views and average visits time weekly across some 170 categories and 4 million sites.

The new HitWise Mobile service also provides a comparison of desktop and mobile usage. It shows the dropoff from desktop to mobile, for example, was sharpest for Facebook, which averaged 20:21 in time spent on the traditional Web. Even that even seems low compared to data from Nielsen which typically shows Facebook way ahead in time spent on the desktop at almost 7 hours per month.

The initial report also spotlighted the top mobile properties in a pair of categories: sports and rewards sites. Not surprisingly, ESPN dominated sports, with the brand’s flagship site claiming 12% of the mobile audience. ESPN Scoreboard had over 8%, Bleacher Report, about 7%, ESPN–NBA, about 5%, and Yahoo Sports blogs, more than 3%.

Each of the ESPN properties had a larger share of the mobile audience than on the desktop. The gap was biggest for Scoreboard, which had less than 1% share on the desktop, highlighting the greater demand for getting scores and updates on the go.

In the rewards category, Groupon was tops with almost 12% share, followed by Slickeals.net, Living Social, BradsDeals and Amazon Local. Among other categories, Google News was the most visited news and media site, Autotrader.com was tops in automotive, and Amazon was the most popular shopping site.