People Are Mad; Let Them Talk (Amongst Themselves) 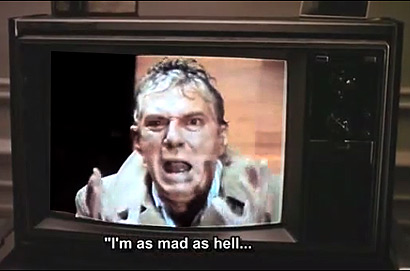 "It's a sense of betrayal about the world," says J. Walker Smith, executive director of the Futures Company, a Kantar Media unit that studies global sentiment. Smith presented the results of the firm's Global Monitor research at the Advertising Research Foundation's Re:think 2013 conference in New York this week. The study, covering some 20 countries finds that consumers -- to put it generally -- are mad as hell and not going to take it anymore.

Among other things the survey asked respondents -- representing young 40-something, educated members of the middle class -- to gauge their level of anger on four conditions articulated by these statements: There is one set of rules for the richest and another for the rest; too much money is concentrated in the hands of too few; big business maximizes profit at the expense of consumers and communities; and big business has more influence on government and policy than do consumers. Fifty-five percent of respondents said they were very angry about the first condition, 54% said likewise about the second, 49% about the third and 48% were enraged that corporations wield too much influence on policy.

Smth tells Marketing Daily that the telling number is the 28% of the global respondents who felt anger all four conditions. "That means 28% of people are just pissed at the system, at politics and business." That, he says, is a huge number of people whose vitriol brands will have to deal with, especially since they act on their sentiments: the Monitor's results suggest that the "Global Enraged" bought things locally; shopped and purchased less; avoided buying from companies without the highest ethical standards; bought products made by smaller companies; thought less of global brands in general; and avoided buying from them.

"But what hasn't changed," says Smith, "is the definition of the good life. What has is the belief that they can achieve it; they have lost the sense that it's possible." He points out that before the recession, the middle class lived in a trading-up era. "It was an aspirational middle class looking up and saying 'how can I get more of that?'" He says that now at least half of people in America and half in the developed world are looking down. "It's not how can I get more, but how can end up not falling off the cliff like my neighbor."

The implications, he says, include a much greater focus on personal relationships as a source of happiness. And social media is a conduit both to further real-world relationships, and to get advice. Smith says we are living in a "Kinship Economy," where social media, versus advertising and other kinds of brand-to-consumer "push" communications, is driving consideration.

"The old model was brands connecting with the consumer. The new model is brands enabling people to connect with one another," says Smith. One example of the latter is Lowe's Idea Exchange Facebook app where people could upload their home improvement ideas and get feedback from people who saw it on Lowe's Facebook page. "There's still brand engagement with consumers, but now it's 'I want brands to help me engage with other people.'"