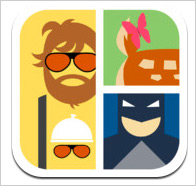 That Compuware finding underscores the enduring consumer embrace of apps, despite long-standing predictions that they will give way to an ascendant mobile Web. People are spending nearly two hours a day with apps -- almost twice the amount of time compared to two years ago, according to app analytics and ad firm Flurry.

The mobile Web for most has not transformed into the fast, reliable experience promised by the emergence of technologies from 4G networks to HTML5. “That’s predicated a lot on the spread of HTML5 development, and responsive design elements, and those aren’t evolving perhaps as fast as people expected,” said Stephen Pierzchala, technology strategist at Compuware’s APM Center of Excellence.

As an example, he pointed to Facebook abandoning an HTML5 version of its mobile app in favor of building better-performing native apps for platforms like iOS and Android. That helps explain why global revenue from app stores is expected to climb 62% this year to $25 million.

But that doesn’t mean people don’t have issues with apps. Almost two-thirds reported a crash, freeze or error using an app, while 47% have experienced slow launch times, and 40% have tried an app that failed to open altogether. Most people (79%) will try a problematic app only once or twice after it failed to work the first time, according to the study.

The vast majority of users (78%) also expect apps to launch as fast or faster than the mobile version of a Web site -- within two seconds. If not happy with the performance of an app, almost half (48%) would be less likely to use it again.

When it comes to choosing an app, the study showed that ratings are highly influential. Some 84% said user ratings posted by users in app stores were important in their decisions. “It takes a long time perhaps to overcome a serious influx of poor comments about a bad version. Even after the new version comes out, it may take a bit longer for people to trust that app,” noted Pierzchala.

In sum, the Compuware report advised that app developers focus on providing a core utility rather than “stunning visuals” to offer customers long-term value. Its survey covered mobile users in five countries -- the U.S., U.K., France, Germany, India and Japan. Men made up 60% of respondents, and women, 40%. The largest segment (41%) had incomes between $50,000 and $90,000.