What Facebook Home And Microsoft Win 8 Have In Common 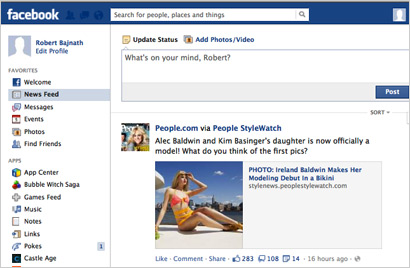 If you have a Microsoft Surface Pro running Windows 8 operating system (OS) you would have already seen a similar version of the way Facebook Home works. Several things make Facebook's Home interesting -- like building the OS overlay on Android rather than Windows, and whether Facebook will further share social signals with Bing.

The latest version of Microsoft's OS offers Facebook Home-like features in the tiles that make up the home page. I appreciate the innovation -- but frankly, it's annoying as hell. Sorry, Facebook and Microsoft, but it's so annoying that I moved those social network tiles that update me about my friends and family out of view.

Log on, get comfortable, and stay. Facebook CEO Mark Zuckerberg told us Thursday that Home is a family of apps running like OS software in the background, allowing users to remain connected to their world through people, not apps. It's a way to catch those updates that you might have otherwise missed. They also can double tap to "like" or comment from the Home screen. I couldn't possibly live with continuous updates on my Home mobile screen from friends and family, although I love all dearly.

The big questions become whether Facebook will create a version for the desktop, and how will advertising and search further integrate into the feature? Will Home offer other push technology similar to Google's Knowledge Graph, and could it become an attractive option for developers building features in Android?  "Facebook will have improved capabilities to create the conditions for app developers to potentially pay for prominence or integration in the Facebook Home environment," writes Pivotal Research Analyst Brian Wieser.

Facebook Home will come pre-loaded on the HTC First phone from AT&T for $99.99 on April 12, but the software also becomes available for Android users to download on other devices. Macquarie Capital Analyst Ben Schachter tells us in a research note showing more ads on the home screen provides a plus, but the data behind an "always logged-in" user becomes the gold for retargeting and marketing.