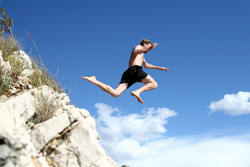 Marketers hiding their head in the sand to the impact of real-time social ads and content on search campaigns will miss the avalanche of opportunities that come from integrating the two media. Overall, marketers will invest in U.S. social advertising about $11 billion in 2017 -- up from $6 billion this year, according to BIA/Kelsey stats released Wednesday.

Display remains the dominant social ad unit, taking about $3.7 billion this year and rising to $6.4 billion by 2017. Native social advertising --  spurred primarily by Facebook's Sponsored Stories and Twitter's Promoted Tweets -- will rise in the U.S. at 22.9% CAGR to $4.57 billion in 2017, from $1.63 billion last year.

At Facebook, BIA/Kelsey estimates that Sponsored Stories and other native ads will account for more than 50% of its ad revenue by 2014, and approach 60% by 2017. The percentage of Facebook's business expected to come from mobile, however, continues to grow, according to eMarketer. In 2011, Facebook earned no advertising revenue from mobile, but in 2012 the media contributed more than 11%. This year, more than 27% of the company's global ad revenue should come from mobile advertising, up to 38% by 2014.