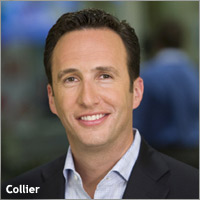 For years, AMC fared well as an ad-supported movie channel, according to Charlie Collier, president and general manager of the cable network. But he knew the format had to change when the owners of the films that constituted the channel’s core product started providing free access to the content via on-demand platforms.

With movie product being “commoditized,” said Collier, AMC embarked on a mission to “elevate and supplement” the channel’s content and evolve the format to a blend of movies and original programs.

Collier, speaking at the Advertising Club’s “Media: Now” Conference in New York Wednesday, cited the now iconic "Mad Men" series as an example. When it debuted in 2007, the gangster film "Goodfellas" was the "Mad Men" lead-in. Both the movie and the program, he said, feature “smoke-filled rooms and groups of men who think they are beyond the rules.”

“We kept elevating the product we had and built around it," he added. The network’s “North Star" was to be a premium TV service on basic cable.

Collier was one of several speakers at the conference addressing the issue of “changing a brand without wrecking the revenue base,” noted moderator Steve Farella, CEO of MDC Partners’ TargetCast and Maxxcom Global Media.

According to Susan Lyne, CEO AOL Brands, it's best “not to do too many things at once” when attempting to evolve a brand -- especially when new management comes in with a mandate to change. “You see all the things that need to be fixed,” but trying to do it all at once “never works.” Instead, she said, “focus on the biggest impact move.”

Lyne, just seven weeks into her AOL job, said she was attempting to do just that. “Our publishing platform has to be a great experience for users and marketers,” she said. Making it so will take time, but she and her team are “all over it now.” Part of the task is culling certain brands and products from the portfolio, she said. The parameters for making the cut: “being first, best or highly differentiated.”

One area with potential, Lyne said, is in the live event space. “There’s a big opportunity there,” she said. “What’s happening at the moment.”

Dick Porter, president, Media Sales, Meredith Corporation, said “what doesn’t change” during a period of brand transformation, is the core mission. In Meredith’s case, he said, that’s serving the needs of 100 million women. The company is doing that with digital and social media to build on the legacy print and broadcast businesses. “You have to stay relevant and be smart with resources.”