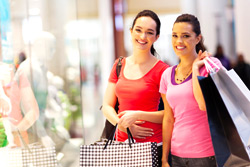 For all of Gen Y’s ballyhooed love of techno-shopping, it turns out that retailers have little to fear -- detailed research from the Urban Land Institute reveals that Millennials are crazy about shopping in real live stores. Even more surprising are some of the brands they love best, including JCPenney, Target, Walmart and Kohl’s for trendy clothing, and Walmart, Target and Kmart for groceries.

But the report also proves what marketers already know -- that this 18-to-35 crowd gets bored easily, requires extensive omnichannel support, and sees itself as a fundamentally different type of shopper than past generations.

The survey, which probed some 1,200 Gen Y members, found that 37% love to shop, and 48% enjoy it. (That leaves 12% who find it a chore and 4% who loathe it.) For 70% of women and 50% of men, it’s entertainment, and they expect constantly novel options to keep it fresh. Key to that passion, the report found, is that it is a true social experience, with participants saying it was an important way for them to spend time with both friends and family.

More than half of those surveyed say that at least once a month, they visit discount department stores (the most popular); neighborhood and community shopping centers; enclosed malls; department stores; big-box stores, and local businesses.

Of course, online shopping is important, too -- and in the previous six months, 91% had made an online purchase, with 45% reporting that they spend an hour a day looking at shopping Web sites.

To keep their interest, the report recommends that malls and retail centers constantly reinvent themselves via pop-up shops, new décor, specialty foods (the survey found 46% of Gen Y eats out at least once a week, and craves new experiences at lower price points), increased convenience for picking up goods ordered online, and pedestrian-friendly options, since Millennials would prefer to walk or bike to the market.

Specifically, the report says this age group craves more “third places, the indoor and outdoor venues where folks can safely linger for a while, meet others, go online, and network.” While Starbucks and WiFi parks are models, “more are needed -- public libraries, juice bars at gyms, food courts, office building ground floors, plazas and gardens with seating, and, certainly, enclosed malls.”

Interestingly, no matter where they live, this group prefers to see itself as urban, with 39% describing themselves as “city” people, up significantly from the 33% in the group’s 2010 survey. And 29% described themselves as suburbanites, with the remaining third labeling themselves as small town or country.

In terms of earnings, while income varies greatly by age, some are doing quite well, with a median income of nearly $46,000, and 45% having an income that exceeds $50,000 per year. (Given that one-quarter of the group still lives with parents or other older relatives, the researchers say that’s impressive.) About 24% of the sample still live at home, 32% own their own homes, and 37% are renters.

More than one in five of independently living Millennials still rely on Mom and Dad. Half of them say their cell phone costs are covered, 36% get contributions toward clothing, 34% receive car insurance. And many say they also got help with such bills as rent, cable, gas and health insurance.