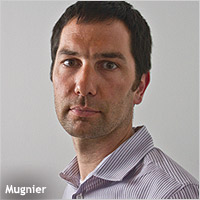 M&C Saatchi Mobile was formed three years ago through the acquisition of mobile marketing agency Inside Mobile. As a unit of M&C Saatchi, it now boasts nearly 90 employees across offices in Los Angeles, New York, London, South Africa, Sydney and Paris. Its work spans mobile strategy, production and media, with clients ranging from game developer Plarium to telecom giant O2.

Online Media Daily sat down with Eric Mugnier, senior vice president at M&C Saatchi Mobile, to talk about the agency’s approach to mobile and broader topics, from Facebook to programmatic buying to tablets.

OMD: Can you describe how M&C Saatchi Mobile operates within the broader global agency?

EM: There are different scenarios. We’re our own company -- but when a client has a brief that contains mobile elements, we’ll be part of the broader pitch. We have an integrated approach. But we also have a lot of direct mobile media RFPs, and clients we’re getting directly without going through the group. The majority is direct clients.

OMD: Given its complexity, how does mobile advertising fit with the agency’s credo of “Brutal Simplicity of Thought”?

EM: It fits perfectly with mobile. On mobile, you have to be relevant because the messaging is smaller … and the time a user spends on any given app or other element will be shorter. So you need to be smart in the way you display those and the way you communicate. You need to simplify and get to the point you want to make -- subscribe to this, or download this. Visually, you have a very small space to push your message across, so it really fits that mantra.

OMD: Has the surge in mobile traffic at Facebook and other large sites given a fresh boost to mobile advertising in the last year?

EM: Yes -- really, over the last three months. Out of Facebook’s 1.1 billion users, 68% are on mobile. Twitter’s percentage is even higher. The usage of those more social platforms has generated a lot of interest from advertisers, and from those companies to monetize their mobile inventory. Bu they need to do it right. Facebook, to take one example, really came out with a product that is efficient with their app download unit.

OMD: What about Facebook adding Sponsored Stories to the mobile news feed?

EM: From our perspective, that’s less interesting. There’s no comparison in scale and efficiency between Sponsored Stories and driving downloads through a mobile site for an engaging, direct response-based campaign. The main difference overall between the social platforms and mobile networks is the targeting capability. Facebook has more knowledge about users than anyone else. The targeting capabilities you can leverage are a lot better than any other source.

OMD: Besides Facebook, what are other key mobile buys for the agency?

EM: The main ones have the largest mobile inventory. Twitter can be very powerful, based on the volumes that they drive. Brands or services like Pandora that have a large mobile user base, or Zynga in the games category. If you use the inventory in a smart way, you will have the results.

OMD: Yahoo is trying to reestablish itself in the mobile realm, with that goal playing a part in the Tumblr acquisition. How do you see Yahoo as a mobile property?

EM: They’re really trying to turn that around and making some very good progress. They can become a powerful mobile player if they carry on that way. They still have some work to do. Whether the Tumblr acquisition is a step in the right direction, I think so. But they will need to use that in a very smart way. Mobile is a very personal device … and pushing advertising over and over can be disturbing and annoying to certain users. You need to be smart in how you do it. You need to be careful in how you serve ads.

OMD: Programmatic ad buying has taken off online and now extends to mobile. How effective is that approach in mobile?

EM: That’s an interesting space. To do targeting and programmatic buying at scale, the reality is it’s going to become very efficient, but it’s going to take about two years for it to be as scalable and efficient as it is online. There are two elements slowing things down -- the user flow of a mobile customer acquisition -- especially when you have an app store in the middle of the customer journey, something an online DSP (demand-side platform) doesn’t have. And you have a lack of optimization and tracking in the mobile space that prevents a DSP from being a scalable solution today.

That said, we are spending quite a lot on programmatic buying. The issue we still have is that out of the total mobile inventory available, the real-time bidding (RTB) inventory is still small. The faster RTB-enabled inventory grows, the faster those DSPs will be scalable.

OMD: When it comes to devices, how do you look at tablets? Since they’re mostly used at home on WiFi, should they even be considered "mobile"?

EM: The tablet is a mobile device. From a media-buying perspective, it’s a mobile device. It has app stores and all the specifics of a mobile platform. But it’s not a question of whether you need to have a split between tablets and smartphones. The prices will be different, the ad units will be different, and the way you engage with the user. You need to make sure you approach that platform differently in the same way you would approach an iOS versus Android buy.