Word Of Mouth May Trump Big Spending On Game Promotion 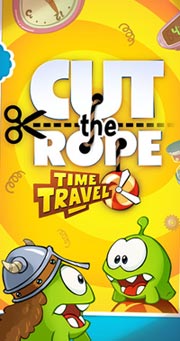 Once a pleasant little garage band business for enterprising app developers, mobile gaming has become a high-stakes gamble for many game makers.

As the cost of getting these apps escalates and the mobile app libraries become so much more cluttered, the marketing cycles on this platform are starting to resemble those under which the console game business has suffered for decades. You have a very short window to make a big impression, get your app high on the rankings charts, and hope for the snowball effect.

In a recent Wall Street Journal article, the makers of "Cut the Rope" said that they would be spending over $1 million to launch their upcoming sequel to the hit game. When the original came out three years ago, the company spent nothing on marketing.

But according to a survey of 1800 game players by social gaming distribution platform Applifier, the opinions of other gamers are actually the strongest driver of mobile game app distribution. The survey found that 43% cited reading user reviews as the most important influence on their decision to download a game. Thirty-six percent said that advice or commentary from a friend or family member drove the download. And 25% said that actually seeing a friend or family member play the game on their own device led to their adoption.

Applifier, which of course has its own horse in this race, says that altogether, 60% of game app awareness is being driven by word of mouth. Well, not entirely. If you presume that the leading influence on downloads -- reading user reviews -- is likely also being driven in part by mobile marketing that is pushing titles into greater visibility, then you get a somewhat more nuanced view.

And to complicate matters even further, paid advertising within social networks is also proving to be an effective channel. At last week's OMMA Mobile event in New York, several panelists mentioned that Facebook's app promotions in-stream were showing excellent targeting.

Regardless, building better social-sharing tools into apps of all kinds would seem to be an obvious move. Apple has such a tool attached at the top-line catalog as well, but I would guess that the impulse to share occurs to most people while they are in an app itself. Having the ability to recommend a map to a friend from within the experience could prove effective.