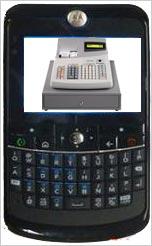 Yes, that does read "trillions." When it comes to the migration of both traditional e-commerce and emerging models for mobile payments, the sky is the limit with forecasts. If a prognosticator can see even a small bit of the massive credit card business going to devices, then hold onto your seats for some pretty huge numbers. This week, Juniper drops the T-word in projecting total mobile-based transactions exceeding $3.2 trillion globally by 2017.

Juniper explains that its staggering number includes not only goods purchases and m-payments, but also banking and financial transactions, which it sees at the center of mobile monetary exchanges in the next five years. The banking segment has embraced mobile platforms most aggressively, and the financial transaction market just in the U.S. was worth $4.4 trillion overall last year.

While financial services form the core of Juniper's big forecast, the company is also positive with regard to the ways in which retail, banking and travel are very quickly moving their transactions to devices. But it also seems bullish on the admittedly slow rollout of mobile wallet and NFC platforms.

Of particular note, however, is that outside of the U.S. the case for m-commerce is even stronger. In many areas of the world where credit cards are not as common, the carriers are poised to become powerhouses in the space, since m-payments via carrier billing will be a primary route for cash-less payments. It is within these non-U.S. contexts where hardware, carriers and bank systems are highly incentivized to roll out m-payment platforms sooner rather than later.

In what is becoming a bit of a refrain in projections like this, Juniper acknowledges that in order for the mobile commerce market to explode as it might, numerous hurdles remain. Most notably, many retailers are still not optimizing for mobile. The point-of-sale infrastructure continues to drag down prospects for m-payments because the merchant side is having as much trouble as some consumers in determining what the value add is for them.

All of this makes it difficult to figure out how seriously to take predictions of m-commerce growth. If m-payments are at the heart of the model, then it seems to me that it's hard to predict at all when the many moving pieces and competing players ever settle down into a comprehensive solution that people can use widely. And even if we are talking about on-device purchases of goods -- or m-commerce moving to devices -- we are contending with klunky experiences that most of us still offload to desktop and tablets. And whether tablets should be in this “mobile” equation at all is yet another matter.

Handicapping the m-commerce market is fraught with hazards, if for no other reason than so much of it depends on predicting how quickly habits will change…and when the players actually give us some incentive to do so.