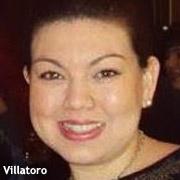 Forecasting the performance of paid-search campaigns has never been easy, but Strathcom Media found a bidding and budget automation tool that cut its cost per click in half.

Liza Villatoro, director of paid search at Strathcom Media, has been using Acquisio's Bid & Budget Management tool since mid-March to support a large client list. Not impossible to manage the accounts, but very time-consuming to improve the performance of campaigns without going over budget. "We have accounts where the cost per click was cut in half," she said, attributing success to the platform's algorithm that recalculates bids every 30 minutes.

The platform's algorithms analyze bids and budgets every 30 minutes rather than once daily, which enables marketers to take advantage of auctions. Managing it once daily makes it difficult to manage bids and budgets across multiple campaigns. Optimizing campaigns really each campaign to get its own bid and budget, making it tricky to control one budget across 50 campaigns. While it solves a budget problem for brands, it also supports agencies trying to keep up with the large number of campaigns and hundreds of campaigns.

Most marketers analyze historic clicks and conversions to bid and budget. Forecasting got the electronics industry supply chain in trouble back in the early 2000, when companies wrote off billions in inventory. Take, for example, Cisco's $2.2 billion excess inventory write-off in 2001, attributed to bad forecasts.

Automated systems reduce the margin of error and effort. Prior to using Acquisio's tool, Villatoro said it took more than two hours every two days to go through all the budgets and make changes. Strathcom managed one $4,000 account through the entire month spending $3,999, without the need to pause campaigns.