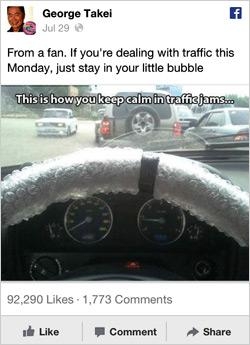 After announcing the launch of embedded posts last month with a small group of sites, Facebook on Wednesday opened the feature widely to all entities with a presence on the social network. The new capability allows brands, publishers and public figures to embed public posts from their Facebook pages on their Web sites and blogs.

In addition, Facebook has made several enhancements based on feedback following the limited July rollout with sites including Bleacher Report, CNN, Huffington Post and Mashable. These include the ability to play video directly in embedded posts on a Web site, saving users the step of having to link back to Facebook to watch a clip.

Consistent with Facebook’s heightened focus on mobile usage, it also optimized the size of embedded posts to fit on mobile screens. While reducing the width of embedded posts for mobile, it also made the buttons for liking, commenting on, and sharing posts larger so they’re easier to tap on. Lastly, it added the ability to get the embed code directly from a post on a a third-party site.

Users embed posts by copying and pasting a single line of code that appears in a dialog box after selecting the “Embed Post” option when they click the icon in the upper right corner of the post. Then the code is inserted in the desired area of the Web site.