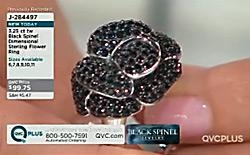 Offering up its own version of a time-shifted TV viewing, home shopping channel QVC is starting up another channel -- QVC Plus, a network that will air content off its main QVC network on a three-hour delay.

Onscreen graphics will show content that is pre-recorded. Future plans for QVC Plus may include special programming shown only on the channel to further expand QVC's offerings.

QVC's international operations in the U.K. and Germany have offered multiple broadcast channels for some time now, with some of those additional networks specifically for QVC's beauty products.