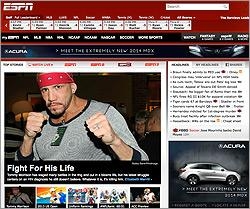 Sports TV networks continue to dominate basic cable networks when it comes to per-month subscriber fees that multichannel TV/video distributors pay to networks. But this is mostly due to two channels.

On average, sports cable networks get 75 cents per subscriber per month -- almost three times that of non-basic cable networks, which average 28 cents a month, according to SNL Kagan.

This is largely because of two pricey networks: ESPN and The NFL Network. ESPN continues to get the most money of any cable network: $5.54 per sub per month. NFL Network now gets $1.34 per month, growing threefold from its level of 39 cents in 2012. Taking out ESPN and its ESPN 3D network, sports networks average 32 cents per sub per month.

Professional league networks -- the MLB Network, NBA Network, NHL Network, and NFL Network, as well as Golf Channel and Tennis Channel -- averaged 47 cents per sub fee. The NFL is a major contributor to this high number. Taking NFL out of the group, most of the networks have more average basic cable network numbers led by Golf (31 cents). Next comes the NHL (29 cents), followed by NBA, (27 cents), MLB (23 cents) and Tennis (18 cents).

Overall, college-sport networks performed at about the same as basic cable overall -- 29 cents per subscriber per month versus 28 cents for non-sports basic cable. The best performer here: Fox Sports Network, at 41 cents, followed by BTN at 37 cents, CBS Sports Network at 24 cents, and ESPNU, 20 cents.

While the NFL is perhaps the most lucrative U.S. sports network in terms of TV advertising dollars and fees paid by the network, it is the Golf Channel that commands the largest cash flow, according to Kagan. In 2013, Golf Channel posted $175 million cash flow, followed by the NBA Network at $115 million; the NHL, $107.3 million; the NFL, $81.5 million; MLB, $74 million; and Tennis, $34 million