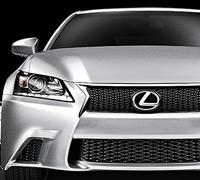 Does Lexus is has its best days ahead of it? Well, consumers think so. Marketing firm Lippincott's Brandview study has compiled a series of survey-based ratios whose consequence is a ranking of auto brands based on how salubrious a future consumers see for them. In what is essentially a “yea or nay” measure, more consumers see Lexus having a bright future than any other brand. Next are BMW, Toyota, Mercedes and Audi.

The results are based on BrandView's study of 30,000 consumers across four continents. Dylan Stuart, partner of brand strategy at the firm, says these measures make sense because of parity in quality and performance among nameplates. “Today, new markets, customers, technology and competitors are forcing automakers to take a fresh look at how they create relevance and desire among consumers in order to make their brand one considered to have its best days ahead of it.”

"While not among the top five brand momentum performers, it’s interesting to note that the highest-ranking U.S. carmakers are Chevrolet and Ford,” Stuart said. “These brands really stand out as showing Detroit is once again creating cars that are relevant and desired by consumers."

The brands with the most favorable ratios are considered unique, relevant as they connect to what people care about, authentic, representative of the brand identity, Stuart said relevance is key as consumers are going to expect forward thinking technology that is "smart, connected and life enriching.”

The study gets its ratio via a poll in which consumers who are aware of a brand are asked if they agree with the statement, "this brand's best days are ahead of it."