Mobile Banking along the Path to Purchase 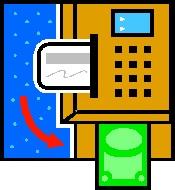 It’s still to be determined what will drive mobile commerce to the masses.

This is not to say many people are not using their phones and tablets to shop, they clearly are.

A recent study about mobile banking reminded me of this, finding that nearly half of all online banking already is being done on a smartphone or tablet.

In the banking and finance category, more than half of mobile consumers also rely on mobile exclusively to aid in purchase decisions, according to the xAd and Telmetrics Mobile Path-to-Purchase Study.

Nearly half of those using mobile for banking are under 35 and nearly two-thirds of younger bankers completed a transaction on their mobile device. The study also found that this group relied heavily on their devices from initial research all the way through conversion.

This may somewhat reflect the overall world of mobile commerce, with a certain group of individuals leaning heavily on their mobile devices throughout the purchase process and others not.

This points to the continuing issue of apps vs. mobile website usage patterns.

About half of the mobile banking and finance activity was transactions, such as paying bills and moving funds, and the other half was for researching general banking information. Some are using apps for some things like transactions and mobile websites for others like searching for information.

In the banking study, researchers found that an optimized site and location were the most important features for both smartphones and tablets. For example, the majority (62%) of smartphone users expected businesses to be within five miles of their current location.

Similar to other studies involving mobile shopping, the research showed that consumers are relatively split in usage patterns.

One pattern is the same: those using mobile for doing what they do are doing it a lot.