A couple of weeks back I received my Google Chromecast. I was excited to test out Google’s latest venture into the entertainment space. I already have Apple TV but was very interested in seeing what Chromecast had to offer. And since I travel a lot, I liked the idea of plugging Chromecast into the hotel room TV vs. watching movies on my iPad or laptop. I was very excited to get up and running with my new toy. 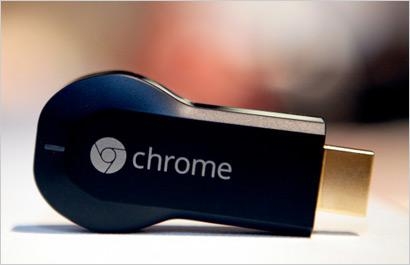 I plugged Chromecast into my TV’s HDMI port. Sadly, that turned out to be the easiest part of the set up. The message displayed on the screen to connect to my WiFi network was not consistent with what I was told I would see. I know Google loves to “beta”, so I rolled with it and skipped to the next step and just put in my network password. It worked, on to the next set up step. I forget exactly what was asked but when I went to the specified URL, as directed, the screen that came up was Google’s company Intranet. (see picture) I knew that wasn’t right. I tried a few times and just could not resolve the issue. Eventually, I skipped another step and was able to complete the set up. 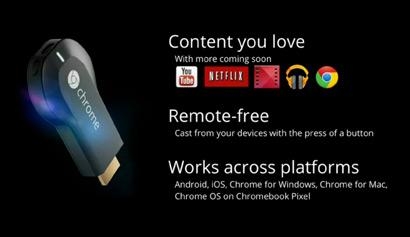 Consumer expectations are much different with physical products. We expect consumer electronics to work right out of the box, no matter if we paid $35 or $300. Device manufacturers have worked hard to deliver immediate gratification out of the box and Google somehow seemed to miss that important detail. I’m the sort of person that will keep on pushing and experimenting and going beyond the instructions to troubleshoot, while many consumers would have just threw it back in the box and called it a night, especially when there was no online help available at all. #FAIL.

Chromecast has Netflix, access to YouTube and the ability to stream from a tab in your browser. Eventually, they will have more video content from Google Play to stream. While I know Chromecast will get better over time, this isn’t 2006, when Apple TV debuted to a less sophisticated marketplace. Again, consumer expectations for great content are much higher. Chromecast also shows, in my opinion, that Google is a software company vs. a savvy media company like Apple. Google had better kick their entertainment deals into hyperdrive or else the Chromecast demand will dry up.

Are you using Chromecast? If so, let me know what your experience has been.

Comment on the page or feel free to send me tweet at @dougchavez.
branded entertainment, entertainment, google, google tv
2 comments about "Google Chromecast - Flashback To 2006".
Check to receive email when comments are posted.
Read more comments >
Next story loading