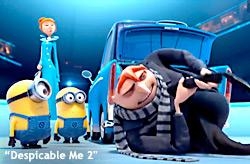 Against the backdrop of NBCUniversal’s Universal Pictures having some big senior executive changes, the big movie producer/distributor continues to lead all major studios -- at $1.35 billion through 36 weeks, amassing a leading 17.2% market share, coming from 22 releases.

Five of six studios have seen higher revenue year to date versus a year ago, with only Sony behind last year’s results so far. At this time a year ago, Sony was at $1.26 billion, which led all studios. It had the fourth-largest grossing U.S. movie of a year ago with “The Amazing Spider-Man.”

Leading the more independent studios, Lionsgate is at $488.9 million, which comes to a 6.3% share off of 17 films.