MMXamined: Is A Pure-Play Enough To Make A Mobile Marketplace? 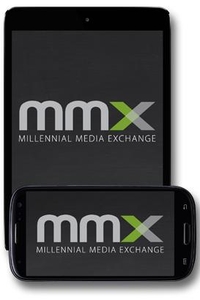 In a report outlining the impact of Millennial Media's MMX mobile advertising exchange, Wall Street analyst Brian Wieser warned investors to curb their enthusiasm. "Yesterday's announcement by Millennial Media was a net positive for the company in our view, although probably limited in impact versus pre-existing expectations among many investors," Wieser wrote.

Those "pre-existing expectations" include the fact that the exchange was already expected. A month ago, the company announced plans to acquire mobile ad network Jumptap and said then that it would build out the MMX exchange. Mobile Marketing Daily reported last night that the launch of the exchange "had been delayed from earlier this year." In that sense, yesterday's news was something that had been coming, but as Wieser noted, the fact that it is officially here can only be a positive for the company.

Millennial is going to launch the exchange with the help of AppNexus' real-time bidding (RTB) platform, which Wieser believes should make it a "fast-to-market solution." He also wrote, "In general, we view AppNexus as the primary beneficiary from yesterday's news."

In my opinion, I think that the mobile programmatic market in general is the primary beneficiary. Millennial is the third company in the past month to either create a mobile exchange or acquire one, and the other two companies to do so are no slouches. Twitter (acquired MoPub) and News Corp. (their new global exchange is not limited to mobile, but includes it) are also jumping on the opportunities presented in the space.

Essentially, I see it as a win for the market in general because Millennial is just the latest company to drink the proverbial mobile programatic Kool-Aid. However, it'll likely take some time for the dollars to flow in any significant sense. And, in Millennial's case, they may be capped as a pure-player.

In late August, I had a Q&A with Victor Milligan, CMO of Nexage, on the topic of the mobile programmatic market. In that interview, I asked Milligan to share what he thought was the number one thing holding the space back -- after all, he gets the sense that marketers are only putting a low percentage of their spend (think single digits) towards mobile RTB.

He responded: "The pace of change is startling. Organizations are still adapting to a rapidly evolving mobile and technology landscape -- and adapting to that pace of change takes time -- time to build people’s competencies, make strategic decisions, and build products and solutions that drive sustainable value." So when will those adaptions equate to more spend? "Some forecasts show mobile taking about 40% of digital spend by 2016," Milligan shared.

In his report, Wieser agreed that more money will flow to the mobile programatic space, and noted that there is potential for Millennial's new exchange to snag budgets that would have otherwise gone towards desktop campaigns. I might add that those budgets were moving with or without an exchange from Millennial, which was likely part of their thinking in acquiring Jumptap and creating the MMX exchange.

However, even with budgets shifting to Millennial's side of the court, Wieser's bottom line is that investors should "be cautious in reading too much into the news for Millennial and the broader sector…given the relatively small-size of the pure-play mobile advertising market, and the limited degree to which this news provides Millennial with significant competitive advantages going forward."

Speaking to the pure-play mobile advertising market, and looking at the recent actions of non pure-players Twitter and News Corp., it's hard for me to imagine that Millennial will truly be the largest "premium" mobile ad marketplace -- something they have claimed.

ad exchange, mobile, rtb
1 comment about "MMXamined: Is A Pure-Play Enough To Make A Mobile Marketplace?".
Check to receive email when comments are posted.
Next story loading