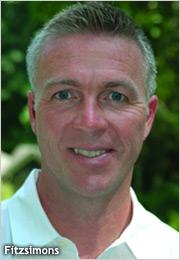 It has long been a given that the ads consumers fast-forward through are basically throwaways. But new research from Duke University’s Fuqua School of Business is challenging that assumption, and finds that as long as a brand’s personality stands out from the other ads it is grouped with, it actually does make an impact on purchase decisions.

In fact, consumers might be more influenced in such situations, since their defenses are down. Gavan Fitzsimons, a marketing professor at Duke and the lead researcher, breaks it down for Marketing Daily.

Q:  So you had consumers fast-forward ads at 10 times the regular speed, and found they still had significant impact, but only when they were among dissimilar brands. Could you explain?

A: We showed our subjects ads for Mountain Dew, which is perceived as an exciting brand, next to both Hummer -- another exciting brand -- and Honda, which is seen as sincere. They were significantly more likely to pick Mountain Dew when it was paired with the Honda ad, not the Hummer.

Q: Did that surprise you?

A: We suspected that DVR’d ads would have an impact when we started the research. And there are lots of markets in the world where advertisers don’t even pay for ads that are DVRd; they’re considered valueless. So when we got such a big lift, it was both cool and scary.

Q: Can you could elaborate on what you mean by a brand being exciting or sincere?

A: Sure. The brand personality assignments are based on research from Stanford University, begun back in the 1990s, which has validated that like people, brands have personality traits. We measure brands on the “Big Five” -- the traits that come up most frequently: Sincerity, competent, excitement, rugged, and sophisticated. And what we found was that even when people are fast-forwarding through ads, they notice the brand -- as long as it stands out from the others. Dove Chocolate and Canada Dry, for example, are seen as sincere; Jeep is rugged.

Q: But that doesn’t hold true when ads are watched at normal speed?

A: That’s right. These focal brands stood out more from dissimilar brands but only in what we call low-elaboration settings, as with fast-forwarding. Another example of low-elaboration would be someone passing you on the street with a coffee cup. You probably aren’t aware of the brand on it.

Q: Marketer spend billions differentiating brands in ads. Yet the thing that makes it memorable (or not) is the ad it’s next to?

A: Yes, at least in these settings.

Q: But that’s something they can’t control, right? The company their ad keeps?

A: Well, right now [they can’t]. Marketers can buy an ad at the beginning of a block, or the end, but there’s not much differentiation beyond that. But we think that is changing, and that as media buyers become more aware of these interdependencies, they will work toward strategic structuring of brand adjacencies.

A: We didn’t include that in this research, but I think it may. Of course, your target demographic has to be watching the show, and it has to be the kind of show that will be DVRd. But after that, yes, I think it might make sense for, let’s say, a shampoo brand that seems as sincere to look for women’s programming that’s exciting.