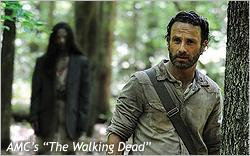 The popular show pulled in a slightly better Nielsen 8.0 rating among 18-49 viewers -- 10.4 million viewers of that key demographic for advertisers.

Not only was the performance another record for the show, but among 18-49 ratings it registered the best numbers for TV show so far this season in prime time.

By way of comparison, NBC’s “Sunday Night Football," featuring the Dallas Cowboys and Washington Redskins took in a Nielsen preliminary 7.3 rating/18 share, up from a 5.8 rating the week before. “Sunday Night Football” posted the best overall prime-time viewership for a Sunday night series -- 19.7 million total viewers.

Another prime-time sport for the night-- Major League Baseball’s League Championship Series -- did not fare as well as football, but higher versus an earlier telecast. Fox’s close, late-inning deciding game featuring the Detroit Tigers and Boston Red Sox took in a 2.4 rating/6 share among 18-49 viewers and 8.3 million viewers. A Saturday telecast earned a 1.7 rating.