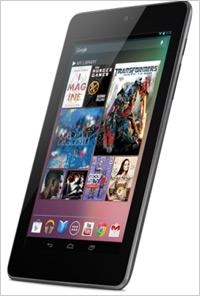 While various metrics and analytics firms have been warning of the iPad’s fall from market ownership in the tablet space, there has always been a troubling counterpoint to the Android-rising scenario. When it comes to actual content consumption on tablet platforms, the iPad remains overwhelmingly the majority source. In app downloads, actual Web traffic, and ad interactions, the iPad is not only ahead by some, but by a wide margin. Chitika says that the iPad still enjoys a massive 84% share of the Web traffic it sees across over 300 million ad impressions measured.

Which sort of begs the question: what the hell are all of those purported Android tablet owners doing with their slabs? The major prognosticators of such things recently claimed that Android tablets have been outselling iOS tablets for at least the last quarter. But the anomaly was not wasted on Apple CEO Tim Cook at the Apple iPad rollout last week. “If there are lots of other tablets selling I don’t know what they are being used for,” he quipped.

Benedict Evans, consultant at Enders Analysis in London, says he thinks he knows what is really going on in the tablet market to give a skewed role to Android. A huge share of the Android tablets recorded by these market watchers are really $75 to $150 Chinese-made Android devices that are not being used in the same way as iPads. “What seems to be happening is that if you want the post-PC vision that Apple and Steve Jobs created, you probably buy an iPad, and Apple has a large majority of that market, and hence of the use of devices for that purpose,” he writes.

Generally, he speculates, these very low-end tablets -- which are being used mostly in China, but also in the low end of Western markets -- are used for very light Web browsing and free gaming and book reading. But most of all, they are being used as replacement TVs.

I am not sure what the usage scenario is here for streaming video without that usage somehow being measured by some of these analytics. I imagine most video streams are not being seen as ad impressions of any appreciable number by a company like Chitika. But it does seem to be the case that no matter how many Android tablets are out there, they are not being used on the whole in the same way as iPads.

Evans tells Mobile Marketing Daily that the videos often are side-loaded onto the Android tablet from pirate video sources. Grey-market iOS devices too are often sold jail-broken and with pirated movies and games already installed.

An obvious exception should be the Google Nexus 7, which in my mind and use is the best of the pure Android tablets. Its low price point and superb hardware make the most of whatever Android does have to offer via tablets. Evans, too, is impressed by the Google hardware, but he is even more surprised by its low sales figures -- under 1 million units of the Nexus 10 at least. The theory suggests that when it comes to the app/web/social/gaming use case for tablets, the iPad remains extremely competitive -- even at its premium price.