Apple's PrimeSense Acquisition: Will iBeacon Start Talking Back To Us? 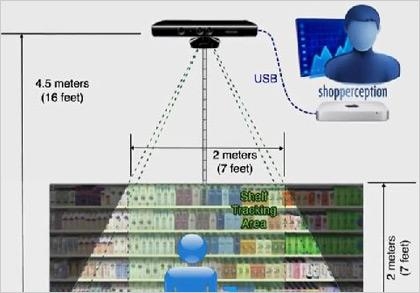 I, for one, am hoping that Apple’s acquisition of Israeli-based 3D sensor tech firm PrimeSense does not mean I will have to wave at my Apple TV. The acquisition that was rumored last week finalized in recent days, and Apple confirmed the deal to AllThingsD. PrimeSense developed the original technology on which Microsoft’s Xbox Kinect was based. With a reported value of $360 million, the buyout clearly involves a motion-sensing model that Apple is taking very seriously. I just don’t cherish the prospect of waving at my TV.

Diminutive and prone to burial as the stylish Apple Remote may be (and believe me, I have had some epic hunts for it amid the ottoman clutter) I do not welcome the prospect of motion-based controllers. I have made a valiant effort with the Xbox Kinect, and find it every bit as tiresome as voice commands. The concept of tying the user to the technology and the interface through kinetics is admirable. In practice, I find myself appreciating the abstractions of mouse, trackpad, and controller all the more. Color me lazy, but making grand gestures just to move a wall of tiles or reposition a bulbous Mickey Mouse hand to choosing an on-screen item makes my shoulders ache.

Thankfully, Apple may have more up its sleeve in this acquisition than doing pantomime with your HDTV. In a profile of the newest generation of hardware from PrimeSense, VentureBeat outlines some of the application ideas the company is pursuing as the chipset becomes gum stick-sized. One application on devices is allowing the user to record and create within 3D spaces. For instance, the technology can take a 3D image of a room, furniture and all, and generate a 3D model into which the consumer can place and test new objects. Another allows you to insert yourself into a project image to participate in 3D space.

But one idea from PrimeSense is sure to spark some speculation about its incorporation with other retail-based Apple initiatives. ShopperPerception already uses the PrimeSense chipset to put shelf and store motion analytics into the retail setting. The scanner can do analytics of aisle behavior. The technology sees what people are taking off shelves and putting back. It creates heatmaps of store activity. And ultimately the technology can be used to do highly targeted advertising. An in-store action like taking a product off the shelf might trigger an audio pitch for a competing product.

Apple is already moving into retail with its iBeacon units -- Bluetooth LE pods that will interact with iPhones in the immediate vicinity. It is not a stretch to think Apple might be able to bundle next-generation and even more sensitive PrimeSense sensors into iBeacons that allow interactions with iPhones and users based on highly granular movements in the retail space.  In a demo with IPG Media Labs, which has the tech at its own lab showroom, ShopperPerception walked through the potential. IPG calls it “cookies for the real world.”

Third parties are struggling to convince retailers to adopt their various mobile payment and in-store interaction technology. Imagine if Apple can sell the iBeacon notion to retailers piggybacked onto advanced in-store analytics and promotion.

Honestly, however, it is a toss-up whether I want to be performing sign language with my TV or having my store aisle watch or talk back to me.

apple, mcommerce, mobile, retail
1 comment about "Apple's PrimeSense Acquisition: Will iBeacon Start Talking Back To Us?".
Check to receive email when comments are posted.
Next story loading