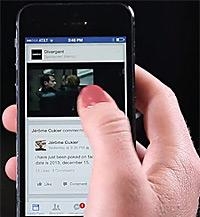 Despite the hype surrounding video advertising coming to Facebook, media buyers remained cautious about potential sales. That’s partly because of questions around pricing and ad targeting, as well as how users will react.

Facebook reportedly plans to charge $1 million to $2.5 million a day for video campaigns, depending on the size of the audience a marketer is trying to reach. But that price range could reduce advertiser interest.

“If it is a $1 million commitment, it will be limited,” noted Adam Kasper, chief media officer, Havas Media. “If there are lower floors, a ton of advertisers will test it.” A Facebook spokesperson on Tuesday declined to comment on pricing tied to video advertising.

With video ads to be sold on a reach and frequency basis, like TV, agency execs also suggest that advertisers may not be able to fully tap into Facebook’s wealth of data for targeting and attribution. “Since they have a ton of info on their users, it would be great if they could offer targeting options that were far deeper [than traditional TV buys]” said Vik Kathuria, global head, digital investment group, at GroupM’s Mediacom.

Executives also anticipate some level of backlash from users, since the autoplay ads would be one of the more invasive ad products Facebook has introduced to date.

Alex Jacobs, vice president, director, social marketing at DigitasLBi, pointed out that organic video posts -- which Facebook began testing in September -- have not performed as well as photos and links in terms of engagement. “So there is some hesitance toward spending on what seems like a form of content that doesn't thrive on Facebook,” he said.

Still, he added that video ads on Facebook could represent a big opportunity for brands to amplify reach on the social network and get more mileage of their content efforts -- as long as marketers don’t try to try shoehorn repurposed TV spots into the new ad units, ensuring a negative user response.