On El Rey Network, Cars Are The New Stars 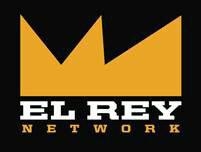 The El Rey Network yesterday announced it has partnered with General Motors to integrate the automotive leader's vehicles in all of its original productions throughout 2014, beginning with the series adaptation of Robert Rodriguez's cult vampire-western flick “From Dusk to Dawn.” Rodriguez, also the director of such great B-movies as “Sin City,” “Planet Terror” and “Machete,” is the founder, chairman and chief executive officer of El Rey, the culturally diverse, action-franchise-driven English-language network that is launching this week.

“We are thrilled to collaborate and innovate in this way with General Motors,” Rodriguez said in a statement detailing the El Rey Network-GM alliance. “We look forward to creating breakthrough content that elevates and strengthens GM's brand awareness, leverages our storytelling expertise and engages our audience to help GM realize their goals. This alliance will drive conversation and entice consumers to learn more about their extraordinary products through a highly visual, cinematic experience." The GM sponsorship will include brand integration into original programming, branded content for on-air and off, and more.

“From Dusk to Dawn: The Series,” the network’s first big high-profile show, will not premiere until some time in 2014, so there is no way yet to comment on the impact the El Rey Network-GM relationship might have. But it calls to mind another automotive alliance involving a supernatural series (currently the hottest genre on television) -- the one between Syfy’s “Haven” and Toyota.

Noticeably, Toyotas are always seen on the streets of the title town, which is perpetually plagued by all sorts of bizarre supernatural phenomena known in the show’s mythology as “troubles.”

A “Haven”-themed Toyota spot ran in commercial pods during certain episodes of the series’ just-concluded fourth season. It was designed like a tempting travelogue. (“Haven” shoots in picturesque Halifax, Nova Scotia.) Over visuals of familiar settings from the show, which often features some pretty wild special effects, a man’s voice made the pitch:

“Welcome to Haven, a small town with incredible architecture, unpredictable weather, and exotic wildlife. (A close-up of a horseshoe crab accompanied that line.) To get close to the action you need a powerful ride that always has your back and can navigate anything.”

The final image was a close-up of a Maine license plate on a Toyota Camry. (In the show, Haven is a small town on the northern coast of Maine.) The spot concluded by directing viewers to use their Syfy app with Syfy Sync to obtain further information.

Also, in the November 15 episode, former FBI agent Audrey Parker, a main character on the series, was shown driving her new Toyota RAV4 and using its Bing search feature.

And then there’s the long-running relationship between CBS’ “Hawaii Five-O” and Chevrolet’s Camaro, the car favored by Det. Steve McGarrett and coveted by his partner, Det. Danny “Danno” Williams. A show-themed travelogue-style spot has been included during commercial breaks on that series, as well.

Over scenes of Hawaiian splendor and shots of a Camaro, a man’s voice entices viewers to embrace show and car alike. “There’s more to ride in Hawaii than just waves,” he offers. “And when the Five-O hit the road, heads are turning all over the island.” The spot concludes a bit more directly than the Toyota spot on “Haven” with the man saying: “Sponsored by Chevy, the official ride of ‘Hawaii Five-O.’”

Relationships of this kind between automobile companies and television networks are nothing new. In fact, the connection between the two is almost as old as TV itself. I can’t say that the inclusion of specific vehicles in series programming can generate interest among consumers who aren’t always on the look-out for new cars, or simply aren’t all that interested in cars to begin with. Personally, I have never seen a car in a television show (or a commercial, for that matter) and felt any kind of urge to own it. But I may be in the minority there.

And I will add that, while I may not notice cars as stars of television series, interesting show-themed spots like the ones I mentioned above for Camaro and Toyota do grab my attention. Further, I have a friend who never misses “Hawaii Five-O” and is actually shopping for a new Camaro, partly as a result of seeing them every week on one of her favorite shows. So there’s some proof, however small, that there is value to such alliances.