More Of TV's Biggest Disappointments (And Annoyances) in 2013 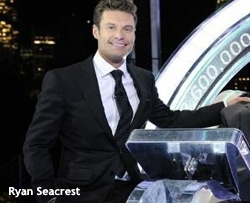 The Grinch is continuing his look back at television’s biggest disappointments and annoyances during the last twelve months. Remember, a celebration of the medium’s best of 2013 will follow next week.

The Migration of “All My Children” and “One Life to Live” from the ABC Daytime Bone Yard to Prospect Park’s The Online Network and Back Again. What a thrill it was to see two of television’s longest-running soap operas, both still popular with millions of viewers when ABC Daytime decided to terminate them, return to life as four-day-a-week serials via Prospect Park. There they were, available for daily viewing on Hulu and HuluPlus, both filled with familiar faces and storylines that picked up where their television versions had left off. But something wasn’t right. On screens, with the exception of some vulgar language, both shows quickly began to feel like watered-down versions of their former grand selves. Behind the scenes, financial challenges, creative issues and problems with unions quickly choked the life out of both productions. And so both shows died once again. Will they return? Likely not. Will rights to the characters revert to ABC? I assume so. In turn, will characters from “OLTL” begin appearing once again on the network’s sole surviving soap opera, “General Hospital,” as they briefly did late last year and early in 2013? Who knows?

The End of SoapNet. In news somewhat related to the item above, Disney’s SoapNet cable channel, which began life before everyone had a DVR and provided invaluable opportunities for working people to watch same day reruns of their favorite soap operas at night, is shutting down as of December 31. Of course, this has a lot to do with the fact that with the exception of “General Hospital” ABC Daytime is no longer in the soap opera business, having decided instead to support such deluxe reality efforts as “The Chew,” “The Revolution,” “Good Afternoon America” and “Katie.” The end of SoapNet also means there will be no more opportunities for channel-surfers to stumble upon old primetime soap favorites like “Beverly Hills 90210,” “Gilmore Girls” and “One Tree Hill.” Oh well, it was fun while it lasted.

The End of G4. G4, one of the liveliest basic cable networks of this new millennium and one that was hugely popular with young male viewers, was snuffed out to make room for the new Esquire Network. The jury is out on Esquire, but for now let’s thank everyone who had been involved with G4 for all those great shows that seemed so unlike everything else on television, especially one of my all-time favorites, the daily live talk and goof fest “Attack of the Show.” It was never better than when it was hosted by Kevin Pereira and Olivia Munn. The wonderful Munn has moved on to a career in acclaimed movies (“Magic Mike”) and television shows (“The Newsroom”). But what’s Pereira been up to -- and why isn’t he getting some of the gigs that the egregiously overexposed Ryan Seacrest keeps gobbling up? That brings me to the next entry on this list:

The Unrelenting Ubiquity of Ryan Seacrest. Know when to say no, dude. You still rock on “American Idol” and you still own morning radio in Los Angeles. But you were everywhere this year – on E!, at the Oscars, on NBC’s “Today,” on ABC’s New Year’s Eve coverage, on NBC’s “The Million Second Quiz.” The truth is, there isn’t anyone working in television that we want to see that much of. At this point, there is no longer anything special about a Ryan Seacrest
appearance. (That may be another reason why ratings for “Idol” are sagging.) The fact that you’re the man who propelled the Kardashians onto the national stage (and that you help keep them there) doesn’t work in your favor.

Old Theatrical Movies on Basic Cable Networks That Used to Be Music and Entertainment Driven. Were MTV, VH1, CMT, E! and Oxygen (and so many others) created as showcases for old theatrical movies? Nope. I know why so many of them now devote so much time to endless repeats of edited movies. That doesn’t mean I have to like it. It might help if they packaged them in creative ways (like the old G4 franchise “Movies That Don’t Suck”). The only basic cable network that truly comes alive when it programs movies is Syfy. I’m not talking about “Sharknado” and the rest of the network’s low-budget original monster movie wonders. I’m referring to its weekend schedule, which is often chock full of enough little seen horror theatricals to keep any genre fan happy. Yes, movies of that kind probably belong on Syfy’s sibling network Chiller, but that’s another discussion.