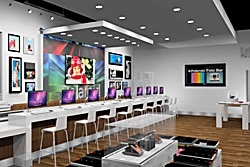 If there was ever any question about the importance of mobile for today’s marketers, the list of top 10 most-read stories of 2013 from the consumer electronics and telecommunications sector should put that to rest.

Half of the stories were about mobile marketing, and most of them addressed where marketers could improve their practices. Stories such as “Many Marketers Lacking Mobile Strategy” and “Mobile Marketing: Many Doing It, Few Doing It Well” showed that few marketers are satisfied with their mobile strategies. The latter story, based on a study from the Association of National Advertisers and MediaVest, demonstrated that while 96% of marketers were planning to incorporate mobile into their broader marketing programs, only 21% felt their programs were particularly successful. Those findings follow the findings of the former story as well. In both cases, the problems often stemmed from not having a clear idea of what a mobile program's desired results (or a way to measure those programs) should be before starting out.

“It kind of reminds me of the Internet in 1997 and 1998 and social three or four years ago,” Dan Kimball, chief marketing officer of Kontagent, which performed the study upon which the former story was based, said at the time. “There’s no strategy behind it.”

(Other stories touching on mobile in the top 10 were: “Consumers Want Mobile-Optimized Web,”“Small Businesses Turning to Digital, Mobile,” and “Mobile Important For Hispanic Shoppers.”)

Speaking of social, it would seem marketers are still looking to crack that nut, as three of the top stories covered how consumers interact with social media. “Social Interactions Affect Brand Perceptions,” for instance, demonstrated that consumers view the social channel as both marketing and customer-contact platforms, and brands that use them for too much of one or the other stand to lose. Similarly, “Customer Contact Key To Loyalty,” showed that consumers would be willing to switch brands or companies if the new company offered more customer contact points, including social.

“We as marketers have to pay attention to this link between loyalty satisfaction and the communication channels for consumers,” Mariann McDonagh, CMO of InContact, which released the loyalty study, said. “Social and mobile are really changing the game because organizations can't hide from their customers. Before, they were really to build a moat [separating the organization from consumers], but social media dropped the drawbridge across it.”

(Other stories in the top 10 that involved social were: “Nielsen: Consumers Trust WOM Over Other Messaging” and “Official Hashtags Keep Conversation Going.”)

Perhaps tellingly, the only brand to crack the top 10 most-read stories in the electronics and telecommunications space was one that many would argue has lost its relevance in the digital age. “Polaroid Creating Branded Retail Stores” told how there may be some life in the old brand, as the company announced it would launch 10 experimental retail locations that would allow people to take images from their portable digital devices (there’s that mobile influence again) and turn them into keepsakes.