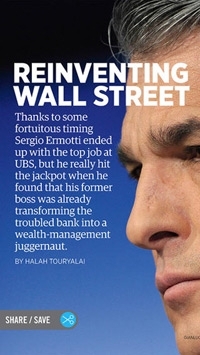 Thought the days of every publisher pushing their own social network were behind us? Think again.

Forbes on Monday unveiled “Stream” -- a feature that allows readers to save, share and discover visual content from the magazine and Forbes.com. Lewis DVorkin, Forbes Media chief product officer, said Stream is a response to two key trends that continue to redefine media: a shift toward content streams like those of Twitter and Facebook, and a shift away from text.

"The news experience and site navigation is moving away from home pages and article pages to streams -- and from text-based streams to visual streams,” DVorkin said on Monday.

Stream should also please many an advertiser, DVorkin added. “Stream [allows] editorial content and eventually native advertising, always clearly labeled, to live together in ways that create an immersive environment for consumers.”

Recipients will see the visual clip from Forbes, which serves as a link back to the source of that content.