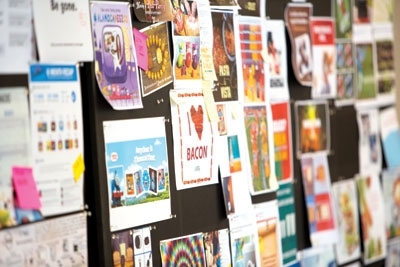 Normally, OMMA bases its annual agency of the year selection on the most innovative things done by an agency during the 12-months leading up to our pick.For this year’s winner 360i, the process began at least 24-months ago, when we met with CEO Bryan Wiener and the rest of his top management team, in preparation for our 2012 process. In the end, we didn’t select 360i that year, but Wiener planted a seed in our head, asserting. “I don’t think agencies, as we know them, will exist in another couple of years.”

He turned out to be right sooner than he had predicted, because the way most agencies exist today has changed fundamentally from just months ago. And this year, we felt 360i exemplified that change best. It’s not just the shift from the siloed mentality of “traditional” vs. digital, or media vs. creative or performance vs. brand. No, that progression has been going on for some time, and few would argue that integration is the new industry standard. The fundamental change that occurred this past year is, in fact, a temporal one. Agencies and their clients made the leap from a latent or, at the very least, asynchronous mindset to a “real-time” way of thinking; and, increasingly, a real-time way of performing. 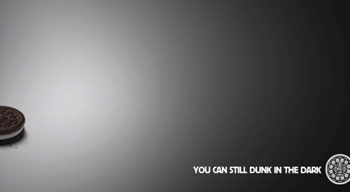 And there probably was nothing that epitomized that point better than the way in which 2013 kicked off — literally — with the Super Bowl. And, of course, the indelible blackout moment occurred when the entire world of marketing seemed to be waiting on the sidelines in the dark while 360i seized on the moment, not as an impediment but an opportunity for a new kind of storytelling for client Oreo. You know — the tweet heard round Madison Avenue.

The truth is agencies and clients had been progressively shifting into real-time mode for some time now, forced in large part by the shift toward the real-time conversations of social media and the need to be part of them with original brand content and dialogue that both engage and interact with consumers. In fact, last year’s winner Digitas optimized that with the groundbreaking work it did with its BrandLive newsrooms for leading Procter & Gamble brands.

360i was there too, building out its own dynamic content-creation newsroom in its Lower Manhattan offices — listening, tracking, analyzing and reacting with conversations and content in real-time. The work it did for client Oscar Mayer’s “Bacon Barter” campaign was almost enough to clinch it a year ago. The work it’s been doing this year, makes our selection of 360i a no-brainer.

All you need to do is walk through the hallways of 360i’s offices where there are walls cluttered with creative executions, and not just for the medium it has become known for — social — but for all the “screens” its clients reach their consumers through.

“It’s meant to be a reminder to us and our clients that we have to constantly be evolving to keep up with the consumer,” U.S. CEO Sarah Hofstetter says, referring to the “wall” of creative executions — refreshed periodically as campaigns are rendered throughout each day to create a constant sense of immediacy. “There are literally tens of thousands of pieces of content that we published in the last year alone,” she notes.

The depth and breadth of 360i’s creativity and content may be surprising to those who only know it for its Super Bowl moment, but Wiener says that’s okay, because “it woke the industry up to something we’ve been doing forever — from our early search days: not real-time, minute-to-minute marketing, but marketing to a real-time world.”

That’s right, 360i began as a search shop, but Wiener says that was really just the point of entry for a new way of thinking about interacting with consumers on behalf of brands, and social is the next logical progression. It’s all about being in the moment — the moment a consumer connects with a brand.

“It ties back to our heritage,” Hofstetter concurs. “Everything we ever did, starting with search, was about tracking consumers’ behavior to try and understand where they were going so we could help our clients get there with them.”

In fact, spend some time chatting with Hofstetter and her team and you’re more apt to get into some deep dive conversations about communications planning, ethnography, culture and the zeitgeist than you are likely to talk about algorithms and optimization. It’s all about the consumer and the idea.

And because those ideas are about what the consumer is doing next, Wiener says that gives 360i an advantage over other agencies and the reactive way they think and are structured.

“Now that the rest of the industry is thinking, ‘How can we do real-time tweets,’ we’re trying to figure out what to do next,” he boasts, noting that the agency’s mission statement is to be “always on, always evolving,” and that he expects 360i to be as different “six months from now as we were six months ago.”

By always-on and real-time Wiener doesn’t mean that the agency or its clients are literally deploying 24/7. “Those are just tactics,” he says, adding, “The real question is what does it mean to be a ‘24-hour network organization.’ You don’t always need people sitting in a war room. Sometimes you need that. But you can’t think in annual planning cycles either, because your planning cycle is now a day.”

And you have to be set up to think and act more dynamically to go along with that orientation... being fleet of feet and nimble, not just in the media you use, but in the way you deliver content and messages through them. 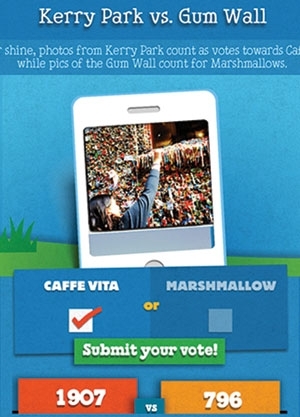 The agency followed its Bacon Barter campaign with Oreo’s Super Bowl blackout, which was followed by a real-time and real-world experiential campaign for Unilever’s Ben & Jerry’s brand. The campaign involved all the conventional digital elements, but its centerpiece was the most physical one a consumer could experience — Ben & Jerry’s ice cream itself. The activating medium was an ice cream truck that drove up and down the east and west coasts to serve samples of “city themed flavors.” Each municipality interacted with the trucks — and the flavors — in a wide array of social executions. If enough of your colleagues or neighbors tweeted, the truck would stop by your location. Citizens also got to vote on which of the uniquely urban flavors were best.

Campaigns for other clients employed other media — even the old school medium of television — but Hofstetter says the thing that differentiated 360i’s approach was that they were all “digitally-centered.” Being digitally-centered, she says, doesn’t necessarily mean executing ideas through digital media, though that’s probably a given. It means a way of thinking, a “mindset.”

And if you ask her what 360i’s biggest success was during 2013, it was convincing its clients to think that way too.

“Part of it stemmed from being able to get our clients to change from being ‘digital as a channel,’ to being ‘digital as a mindset,’” she explains. “Using digital as a mindset, you end up getting programs that are more digital by design. If we didn’t have clients with that mindset, we wouldn’t be able to do the work we are doing. That’s really what’s been the most progressive thing about this year. The action was in the work and the work was digital by design. Basically, the guardrails were taken off this year.”

Wiener notes that success has helped breed success. The more open clients have grown about the approach, the more effective their campaigns have become in leveraging social and real-time conversations, which in turn has led to more successes that have led more clients to free up.

agency of the year
2 comments about "Agency of the Year, Gold: 360i ".
Check to receive email when comments are posted.
Read more comments >
Next story loading