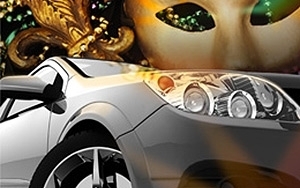 If anyone knows the dealer business, it's O'Neill. After his stint at Hyundai, where he introduced the 10-year, 100,000-mile warranty, he took a leadership position at dealership vendor Reynolds & Reynolds.

The day included presentations by JDP analysts on issues such as how OEMs are supporting dealership traffic through digital and the new Annual Franchise Assessment for both mass-market and luxury brands, but several OEM executives also presented.

There was a critical presentation by Ludwig Willisch, president and CEO of BMW North America, who spoke about BMWi, the company's urban sustainability auto program. In fact, he focused almost exclusively on sustainability, which says a lot about where the industry as a whole is going. Willisch also talked about Future Retail, a program the company is rolling out worldwide.

Future Retail is a huge program. Why? BMW has slipped in retail performance, and in the U.S. the company is also trying to create a better communications channel with dealers, with a focus on electric and alternative power train as well as advanced training programs and design elements. The goal is to help dealers and customers get the most out of new vehicles. On deck is a $2.5 billion investment by dealers over next five years.

Alicia Boler-Davis, SVP, global quality and customer experience at GM, gave an OEM keynote. Mark Ramsey, who heads up digital retail operations at Audi of America, and Chuck Thomson, general manager of retail sales and marketing support at GM, participated in a panel on how OEMs are supporting dealership traffic through digital.

And of course, through the weekend dealers are meeting their manufacturer reps from Chevrolet (which sat out last year), Jaguar, Hyundai, Kia, VW, Toyota, and Audi to learn about -- what else? The Super Bowl.