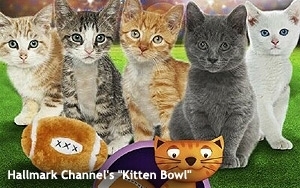 For every person I know who faithfully watches the Super Bowl every year, I must know five who have no interest in it at all.

Of those who do watch, a few aren’t really interested in football and don’t watch other games during the season; they are to watching the Super Bowl what so many “C & E’s” are to attending church only on Christmas Eve and Easter Sunday.

Among those who have no interest, a few watch simply to see the commercials, because that seems to be a thing to do, and if doing that thing is a widely accepted excuse to gorge on junk food and have a few drinks they are happy to participate.

Curiously, many of those who watch only to see the commercials would rather gouge out their eyes the other 364 nights of the year than watch ads in regular programming. They have been recording everything for playback for as long as thirty years, first on VCRs and now on DVRs, expressly to avoid advertiser messages.

Taking the results of my own highly anecdotal and admittedly limited Super Bowl study into account, I sometimes wonder why so many other networks feel the need to slip into slumber mode on Super Bowl Sunday. It would seem there are enough viewers to go around. It’s a big country out there, and most of it is equipped with technology that would allow people to record original programs on the night if they were otherwise engaged in football. I’m just musing here, but rolling over and playing dead opposite the Super Bowl or any other big event program doesn’t make as much sense at it used to now that we have entered the age of TV Anytime and TV Everywhere.

Of course, there are plenty of alternatives available in the age of TVA/TVE, including series marathons and other offerings on basic cable networks. Alternative bowls are popping up everywhere. AMC has announced its first Zombie Bowl, which will kick off on Sunday at 10 a.m. ET and include episodes from the first two seasons of “The Walking Dead,” a series that in first run has been known to outperform NFL telecasts among adults 18-49.

The network that has established a true standout franchise opposite the Super Bowl is Animal Planet, which on Sunday will mark the 10th anniversary of its Puppy Bowl. (Hard to believe, isn’t it, that the sweet Puppy Bowl debuted on the same night that Janet Jackson’s breast knocked the entire television industry on its butt?)

I’ve been to many a Super Bowl party in which the game has been temporarily forgotten about after someone in the room has clicked over to Animal Planet and become mesmerized by the irresistible antics of puppies at play. Similarly, Animal Planet’s Kitten Half-Time Show has become an enticing lure away from the increasingly overblown and unimpressive Super Bowl Half-Time shows of recent years. (The last memorable half-time show, I’m sorry to say, was the one with Janet Jackson, for all the wrong reasons.)

The audience for the Puppy Bowl increases every year, as do the number of sponsors who know a good thing when they see one. So it should come as no surprise that other cable networks want a taste of that.

Hallmark Channel has been paying close attention to Animal Planet’s Super Bowl Sunday success, especially at half-time when kittens rule. On Sunday the network will present its first-ever full-length Kitten Bowl. This feels very much like a ripoff of what Animal Planet is doing, but it’s not, because we all know that “dog people” and “cat people” tend to be very different beings. As I said above, there should be more than enough viewers to go around.

Nat Geo WILD is taking an even simpler path with its first Fish Bowl, in which a goldfish named Goldie who by now probably has her own Twitter handle will be shown navigating the waters of a fish bowl from 6-10 p.m. ET. Apparently the action will move beyond the bowl from time to time as other critters (and a couple of humans) move in on the action. I hope Goldie is up to this challenge … a photo posted on the Fish Bowl home page features six very sick looking fish crammed into one bowl. This doesn’t bode well.