Is The Super Bowl Played Out As An Advertising Showcase? 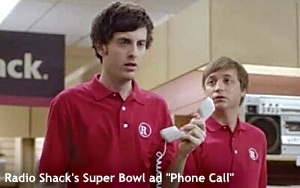 Maybe it was that disturbing letter by Dylan Farrow published on Saturday in The New York Times about alleged sexual abuse by her father Woody Allen when she was a child. Maybe it was the news on Sunday afternoon that actor Phillip Seymour Hoffman had been found dead on the floor of his West Village apartment with drug paraphernalia around him. Maybe it was the threat of several additional major snowstorms moving in on the winter-weary northeast and other regions.

Or maybe it was the painfully prolonged, suspense-free and ultimately uninteresting slaughter of the Denver Broncos by the Seattle Seahawks that was wrapped around them.

But for some reason, the dozens of very expensive commercials that premiered in the outrageously high-priced real estate of Super Bowl XLVIII seemed more collectively unremarkable than any in recent memory. Could it be that the egregious over-commercialization (in every way) of the Super Bowl has grown tiresome or somehow message-deadening? Is it played out? It sure felt that way last night.

At first blush it would seem that Madison Avenue, like Hollywood, is currently starved for fresh talent. It is increasingly difficult to argue otherwise, given what we saw yesterday as a representation of an industry's best. Then again, if environment is crucial to the impact of a commercial, then as detailed in the paragraphs at the top the relative inability of most of those ads to make an impression may not be entirely the fault of the people who conceived, executed and positioned them. Sunday certainly wasn't a happy day that lent itself to easy celebration.

The commercials weren't all bad. The always dependable Budweiser delivered yet another heart-tugging winner in “Puppy Love,” my pick for the best of the night. Volkswagen offered the terrifically clever “100,000 Miles,” in which we learned that every time a Volkswagen hits 100,000 miles a German engineer gets his wings, and when one hits 200,000 miles rainbows shoot out of his backside (an image happily implied rather than overtly depicted, to a more memorable result). Esurance -- shrewdly grabbing the first spot after the game as a smart display of how the company saves itself and its customers money, and casting the always appealing John Krasinski as its spokesperson, and then asserting itself as the most interactive advertiser of the night by coaxing viewers to text #EsuranceSave30 for a shot at winning a cool $1.5 million -- deserves some kind of recognition for simplifying the Super Bowl commercial experience while simultaneously taking it to another level. The winner will be announced Wednesday night on ABC's “Jimmy Kimmel Live,” further extending the impact of this spot.

As far as “traditional” Super Bowl commercials go, RadioShack was also a giant winner with its big fun and gently self-mocking “Phone Call.” This ad works best when watched by a crowd -- especially a multi-generational group determined to call out all of the Eighties pop-culture personalities and characters that were crammed into it -- so what better place to showcase it than the Super Bowl? (It was a Super Bowl party game in itself.) Furthermore, it demands and rewards repeat viewing via DVR or online. (Every time I watch it I spot someone or something else from the Reagan Era.) Plus, the brand actually had something to say about itself. When was the last time everyone was talking about RadioShack? As far as Super Bowl spots are concerned, this was a textbook example of the very best in conception, execution, messaging and placement. Most importantly, it demonstrated a keen understanding of how all those components of effective advertising work together.

There were several other commercials throughout that made for pleasant diversions, but really, where were the constant thunderclaps? Pushing aside outside influences, it may be that all of the advance publicity about the Super Bowl commercials and the release of many of them online days before the game has simply sucked much of the excitement out of what used to be the advertising industry's most dynamic showcase of the year. I've heard that argument everywhere this morning in all of the coverage of this year's commercial-load letdown.

Of course, there's no denying that most of the commercials that debut during the Super Bowl are seen by tens of millions more people on television than will ever watch them on any other screen. Media prognostication to the contrary, just because something is on the Internet doesn't mean that everybody everywhere is going to see it, nor that those who do will be motivated in any way to act upon it. A super-harged promotional video like the one by the geniuses at thinkmodo on behalf of the recent theatrical release “Devil’s Due” titled “Devil Baby Attack” is one thing. A commercial made for television and then plunked onto the Web is quite another.

All disappointments aside, there was some welcome cultural advancement on display during last night's telecast. It was nice to see a kinder, friendlier lineup of commercials that weren't intent on insulting the intelligence of viewers or limiting the appeal of the Super Bowl telecast overall to fraternity houses across the land. We've certainly come a long way since all that crotch pounding and flatulence and smutty suggestiveness that seemed to peak ten years ago during the crud-fest that was Super Bowl XXXVIII. Those raunchy spots had everyone talking the following day -- mostly about how raunchy the spots were rather than the products they were promoting.

And speaking of the Super Bowl that will always be remembered for its terrible half-time show, which featured Justin Timberlake acting out an assault against a woman and the accidental baring of Janet Jackson's right breast in a carefully and expensively produced entertainment extravaganza, how amazing were Bruno Mars and his band and the Red Hot Chili Peppers during last night's telecast? Mars in particular was the embodiment of what a Super Bowl half-time entertainer should be. For the first time in years, I wasn't motivated to switch over to Animal Planet's Kitten Half-Time Show during the performance.