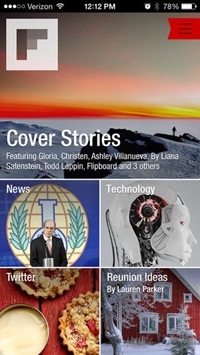 Flipboard and CNN on Wednesday announced a deal in which Flipboard would acquire rival newsreader app Zite from CNN and form a broad content and ad partnership with the news company.

Terms of the acquisition were not disclosed, but CNNMoney reported the purchase as being valued at $60 million. Flipboard won’t maintain Zite as a stand-alone app but will incorporate its technology into its own app and add Zite’s staff of about 15 to its Palo Alto, Calif. office.

That group will not include the company’s former CEO Mark Johnson. In a LinkedIn Influencer post today, tech veteran Johnson said he plans to take time off before deciding his next move.

“We’re growing fast, and I think this will help us grow even faster,” said Mike McCue, CEO of Flipboard, during a press conference announcing the deal with KC Estenson, SVP and GM of CNN Digital. Flipboard -- which aggregates content from third-party publishers and social networks -- boasts more than 100 million users, adding 250,000 a day, according to McCue.

He said Flipboard would fold in Zite’s personalization technology, which helps users discover content geared to their interests, based on their reading preferences and social-networking activity. Zite users will eventually be able to log in to Flipboard with their Zite ID information during a transition process in the coming months.

CNN acquired Zite in 2011 to gain a foothold in the fast-growing market for news magazine apps that allow people to customize the content from a range of sources. Estenson did not disclose how many users Zite had, but acknowledged it was less than Flipboard’s “by a decent number.”

In connection with the acquisition, Flipboard is adding CNN content to its app, including breaking news, international, business, tech and entertainment stories via text, video and photography.

“By syndicating our content into Flipboard we’re going to really extend the ecology of CNN,” stated Estenson. As part of that effort, CNN is creating specialized magazines for Flipboard linked to specific news shows, including Fareed Zakaria’s “GPS,” “The Lead with Jack Tapper” and the John King-hosted “Inside Politics.”

In addition, Flipboard and CNN will jointly sell advertising against CNN programming in Flipboard. “Our ad executions inside CNN Mobile to date have been good, I think they could be a lot better,” said Estenson. “What we’ve seen with Flipboard’s ad executions is a chance to bring a much more premium brand advertising experience against our content.”

Flipboard has taken steps to create high-impact ad placements to match the magazine-style experience of the app. For example, it offers full-page ads on a share-of-mind basis of up to 25% for a given publication in the app, or four advertisers per publication. Some brands are using these ads to drive traffic to their own customized magazines within the app.

Flipboard has raised a total of $161 million to date, including a $50 million round in December led Rizvi Traverse Management, aided by Goldman Sachs, Kleiner Perkins Caufield & Byers. With the acquisition of Zite, its position in the newsreader space becomes stronger, although Facebook’s recent release of its Paper app adds a potentially powerful new competitor.