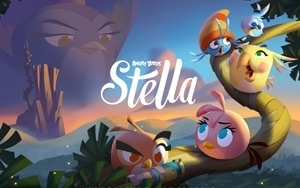 Eye-popping revenue growth and profitability were not enough to save King Digital from bombing in its market opening, with the company stock closing below its opening price of $20.50. It echoed the experience of Zynga, another much-hyped game developer that flopped in its trading debut last year and hasn’t recovered since.

By contrast, Rovio Entertainment looks smart to have eschewed the public market so far. One might assume the “Angry Birds” creator would have already tried to cash in by now, capitalizing on the global success of its hit franchise and otherwise frothy market for IPOs and tech stocks. Even King Digital has seen something of a bounce-back, now trading closer to its opening price of $20.50.

But so far, the Finnish company has kept its power dry as it builds up its ad business and continues to expand its product line that spans mobile games, animation, a range of merchandise from plush toys to candy, and soon, movies. It boasts some 500 licensing partners. Lately, Rovio has been highlighting the growth of its animation venture, ToonsTV.

Since launching in March 2013, the series featuring the Angry Birds characters recently surpassed 2 billion views across the Angry Birds apps as well as platforms such as Samsung Smart TV and Roku devices. It now averages about 225 million views a month, with 4-6 videos watched per session on average.

Michelle Tobin, hired about a year and a half ago from Millennial Media to lead the company’s direct ad sales efforts, suggests that Rovio has morphed rapidly from a mobile game maker into an entertainment powerhouse with diversified business lines. In a recent trip to New York, she mentions Disney at least a couple of times as model for Rovio. Might as well think big.

Over a year ago, she brought on staff for the East and West Coasts, as well as the EMEA and APAC regions. As VP, global brand partnerships and advertising, she is now looking to build on that start by adding sales heads for fast-growing markets like Latin America and Russia. The U.S. remains the biggest overall.

Rovio also offers a growing set of ad offerings including 15-second pre-rolls for ToonsTV videos, sponsored in-game rewards, and rich media placements billed as “native” to its dozen-plus games. A new format coming in May will allow users to watch a branded video in return for virtual rewards. Tobin declined to discuss Rovio’s ad revenue last year, but indicated that direct sales were up 10-fold from the prior year.

Tobin also declined to comment on a potential IPO, but burgeoning ad sales form free-to-play games and ToonsTV in addition to fee-based games and merchandise and other sales would only help Rovio make a stronger case to Wall Street. Its character-based franchise also lends itself to ongoing extensions and spinoffs -- with “Angry Birds Stella,” aimed at female gamers, among the latest.

Given the company's broader entertainment aspirations, including the “Angry Birds” movie slated to hit theaters in 2016, it’s not hard to imagine it as a target for Disney. In Rovio, it might see a way to bolster its perpetually struggling interactive division, which last month cut a quarter of its staff.

One private company analyst recently valued Rovio at $4 billion, which would put it on par with the amount Disney paid in 2009 for Marvel Entertainment. And given the billions being thrown around for apps with no revenue, that amount almost looks cheap by comparison. But as character-based franchises go, Marvel has a much longer track record than “Angry Birds.”