Wearables, Like Education, Health And Sex, Are Wasted On The Young 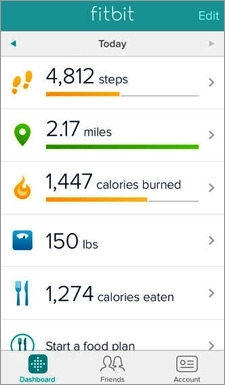 I don’t even pretend not to be a codgerly, sagging old fart anymore. Turning 56 in a couple of months, I do heavy aerobics for an hour each day with an increasingly desperate sense of purpose. I know my blood pressure and heart rate, even my cholesterol levels.

“My doctor tells me to…” precedes too many of my sentences. And I have all the attendant resentment to show for it.

My wife is eager to accompany me to the gym to ensure my eye doesn’t wander to one of the buffed-out 20-somethings on the hip extender machines. Joke is on her. I intuitively loathe every one of them. Their effortless slimness. The ease and joy with which they work out as if it is breathing itself. And here I am heaving in oxygen, diverting myself from the pain with podcasts and the Dylan discography (Oh, God I am old!).

So why are the youngsters hogging all the wearable devices? Me and my LDL-counting set are the ones who need close monitoring. This is one youth-driven early adoption trend that makes no real sense to me.

Curiously, the motivation for getting one of these things is strong (and youth-skewing) enough so that it is not a toy of the affluent. Among owners, 28% have household income below $50k and another 35% are under $100k.

The gender skew is fairly even -- 51.7% female. But that split is a bit deceptive, since women are very much driving the larger passion for health and fitness apps. About 60% of women in their 30s use some category of health app.

The wearables trend is actually only the leading edge of an even larger surge in fitness apps. Over 46 million of us checked in with a an app in the fitness and health category. In fact, this is one of the fastest-growing genres of apps -- up 18% over a year ago.

For brand marketers the leaderboard tells the tale. Fitbit alone gets 3.3 million users to its apps. My wife can tell you, she is hitting the app multiple times. You get addicted to the numbers. The Quantified Self is apparently obsessive-compulsive. But apps like MyFitnessPal are getting 8.7 million monthly users, Nexercise 3 million and Runkeeper 2.1 million, Nielsen finds.

Wearables and fitness apps are not media as we have known it, but they are leading indicators of how marketing needs to rethink itself for a post-Web Internet of Things. It begs us to depart from past bad habits and embrace an ethic of service branding. People are consulting these sensors and personalized data centers with a scary repetitiveness. But that is a sign of intimacy -- the importance of the data to their sense of self.

The opportunity here is to feed the need, not interrupt or corrupt it with the short-term needs of the advertiser. I suspect that as the Internet diffuses into the realm of connected smart objects, the marketers really up to the task will even be thinking beyond “sponsorship” models. We need to come up with new roles. Brand as coach. Brand as enabler. Brand as supportive audience. Or in my case, brand as day nurse.

There are many things wasted on youth. We throw a college education at them when their hormones are redirecting blood flow as far away from the brain as one can imagine. As a result, they get so much sex in their lives it becomes more like fast-food meals in their addled heads, rather than the euphoric respite from life it becomes for us only with time. And what the hell are they doing with all the wearables? When did they start caring about their health?

Sure, you can argue that for them the emphasis is on fitness, goal-orientation, etc. There must be some age-tipping point where a “fitness gauge” becomes a “health monitor.” But even so, don’t these kids all have the metabolism of hummingbirds, anyway? Don’t they eat pizza followed by donuts and washed down by Mountain Dew and somehow still maintain paper-thin skin and single-digit BMI? Well that is what the ads tell me.

And anyway, what kind of generation are we raising that doesn’t believe it will live forever? Where did we go wrong?

apps, health, health and fitness, internet, mobile, wearable technology
1 comment about "Wearables, Like Education, Health And Sex, Are Wasted On The Young".
Check to receive email when comments are posted.
Next story loading