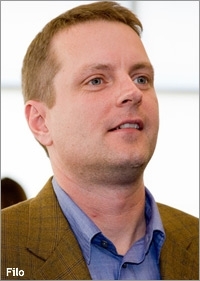 Yahoo CEO Marissa Mayer plans to bring back one of the company’s co-founders as a director to help guide the company’s turnaround effort.

"The addition of David Filo, Charles Schwab and Lee Scott adds significant depth and breadth of experience to the Yahoo board," said Mayer, in the announcement. She also described Filo as the “heart and soul” of Yahoo, bringing deep insight into the company’s business and culture.

Filo last served as a director from Yahoo’s founding in 1994 through 1996. More recently, he has served on the company’s technology council, a small group of advisors who sign off on major product launches.

The nomination of new directors comes a day after Yahoo reported first-quarter results that show modest growth for the first time in more than a year. The company’s overall net revenue rose 1% from a year ago to $1.09 billion, while display ad sales increased 2% to $409 million.

Yahoo on Wednesday also disclosed executive compensation in a securities filing. Mayer last year received pay of $26.9 million, down from $36.6 million in 2012.

Her salary more than doubled to $1 million and she received a $13.8 million option award, but her stock awards dropped to $8.3 million from $35 million.

Former Yahoo COO Henrique de Castro left Yahoo in January with a severance package worth $58 million after only 15 months at the company. The ex-Google executive was ousted by Mayer reportedly for failing to improve Yahoo’s disappointing ad sales last year.