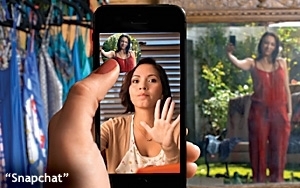 The Federal Trade Commission said Thursday that messaging service Snapchat agreed to settle charges that it duped users into believing their “snaps” would disappear after they were viewed.

“Snapchat made multiple misrepresentations to consumers about its product that stood in stark contrast to how the app actually worked,” the FTC said Thursday in a statement about the case.

The popular app promised users that they could use their smartphones to send “snaps” -- that is, photos or videos -- that would disappear from recipients' devices within 10 seconds. But the FTC alleges that those snaps might have been more permanent than the senders expected.

The FTC's complaint, which was unveiled on Thursday, alleges that Snapchat's automatic deletion feature doesn't work when people access the service through outside apps. Even after a security researcher alerted Snapchat to the problem, the company continued to promise people that their photos and videos would disappear within seconds of being viewed, the FTC alleges.

The FTC also alleges that recipients can save photos without the senders' knowledge -- despite Snapchat's promise that it would tell senders when recipients took screenshots of snaps. “Any recipient with an Apple device that has an operating system pre-dating iOS 7 can use a simple method to evade the app’s screenshot detection, and the app will not notify the sender,” the FTC says in the complaint.