It's About The Work: MMA 'Hub' Features 450 Case Studies 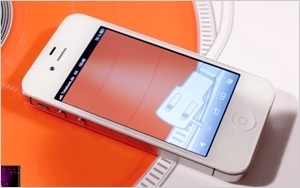 The midseason finale of AMC’s "Mad Men" saw Roger Sterling and Don Draper regain control of their agency and steer it back toward its creative roots. Anyone who has been in digital advertising for the last several years will get chills from partner Jim Cutler’s vision of the future SCP. Toward the end of the episode he paints a picture of an agency without Don or that pesky creative core, in which the newly installed IBM computer drives precision media buying that SCP even can sell outside its own client base.

Well, no one ever accused Matt Weiner of subtlety in foreshadowing.

The fetish of the algorithm and the preponderance of digital spend going to performance media has always made branding on these channels a challenge and a perennial wish. In a recent eMarketer report on digital ad spend, the research firm underscored what we already know -- that 59% of online ad spend is going to direct response. With about 35% of digital spend now attributed to mobile, eMarketer estimates, the branding challenge becomes even more acute. Just as the Web had search as its hugely powerful and effective core technology to draw dollars away from many other channels, mobile has both search and geolocation as lures for money. When the device gets a marketer so close to the point of purchase, it is easy for that quality of mobile to overshadow all others and focus attention on driving foot traffic and purchases.

And so the MMA’s newly launched Case Study Hub is a welcome reminder that the handheld screen has creative and branding potential much larger than its measurable screen size. The collection of 450 cases (only a limited number of which are available to non-members) is a catalog of creative execution, much of it toward branding. While there are scores of campaigns here with DR, mCommerce, and lead-gen goals, the majority focus on branding, awareness building, Web and app presence and cross media integrations. Many are MMA award winners, so it is not surprising that they tend to feature some of the best creative showpieces in the channel. There is no mobile search campaign in the bunch.

The MMA has done a good job of making the database into an accessible resource for marketers looking for ideas and precedents. It can be filtered by brand, by campaign goal, by region, industry and mobile vehicle (from SMS to QR code, app to location).

Some of my personal favorites:

The Abercrombie & Fitch A&F Club that paired the daily weather report with models in appropriate dress for the local conditions.

The Swedish Committee for Afghanistan (SCA) program that raises money to educate Afghans by having Swedes donate a word via SMS to a novel crafted by a well-known author. There's a 28% conversion rate.

And an ingenious use of the phone to act as a virtual turntable for a Vinyl record sent to ad execs promoting a German dance label. You could move the virtual needle across the record. Seventy-one percent of the 900 mailings to creative directors were activated.

Arguably, these showpieces of mobile are more exceptions than rules. On any given day my phone is increasingly cluttered with nondescript banners pushing me to an app or a local merchant. On mobile the discordance between the elegance of many apps and these networked banners is all the more noticeable and jarring. I am seeing sites blend their own sometimes good native rich media ads with bland strips of text. Clearly, the drive to monetize every glance is starting to push many publishers -- even among the top tier -- toward piling on a ragtag collection ad units. I had hoped mobile could hold out a bit longer from the inevitable crappification that plagues the desktop.

The money follows the eyeballs, and in its wake comes the money grab and its handmaiden -- bad taste.