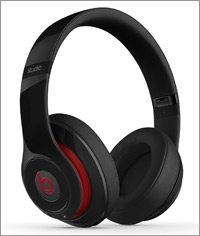 Since word of Apple’s $3 billion acquisition of Beats Electronics broke several weeks ago, the high-profile deal has been dissected, debated and hashed over six ways to Sunday. The formal announcement on Wednesday brought a fresh round of analysis and interpretation.

One of the questions is whether Apple is trying get back its coolness crown by buying Beats, or if it really is all about Apple building out its music business in software (music streaming) and hardware (Beats headphones and speakers).  In the larger sense, it's also seen as a potential blockbuster marriage between Hollywood and Silicon Valley.

“If Apple can bring the universe of Hollywood and consumer tech together it could be monumental, with many new sustainable revenue streams for all parties at a global level,” wrote Ben Bajarin, a principal analyst at technology research firm Creative Strategies.

In any case, neither he or Tim Bajarin, president of Creative Strategies, views the acquisition as a case of Apple trying to regain cachet as a cultural force.

"I am certain that they did not do the deal just for the brand and to be cool. That would be a bad business decision,” he said in an e-mail exchange.

In an interview with Re/code, Apple CEO Tim Cook also emphasized that the deal is forward-looking.

"So it’s not what Apple and Beats are doing today. It's what we believe pairing the two together can produce for the future,” he wrote.

That said, Apple plans to keep the Beats brand. Cook pointed out that Apple has made 27 acquisitions just since last year, so buying companies is nothing new. But for one thing, this is the biggest acquisition in Apple’s history. The company also doesn't typically maintain the brands of acquired companies, whose technologies and staff are absorbed into the tech giant’s wider workings.

And why would it? Apple itself has defined what’s cool and cutting edge in consumer tech with products like the Mac, iPod, iPhone, and iPad, even if it wasn't the first to push into product categories it later dominated. Marketing and advertising, like its famed “1984” ad, played a role too in shaping the Apple mystique.

So for Apple to share the spotlight with another brand feels like a concession it now has to outsource innovation to a third party. For a company fueled by a certain arrogance that it could meld hardware and software into coveted consumer electronics better than anyone, it’s an uncharacteristic step.

When asked why Apple was buying Beats when it’s already pretty good at hardware and has been involved in digital music since 2003, Cook said: “We could build just about anything that you could dream of.” But that only underscores the criticism Apple has come under for not introducing a breakthrough product since the iPad in 2010.

Now it has a hot new product line again. It just doesn’t bear the Apple name.