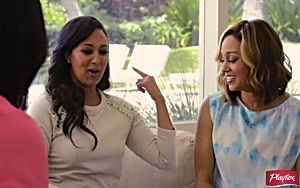 Unique, singular, and imaginative are not words most marketers associate with social-media based contests.

That’s why, with the help of Edelman, Beeby Clark + Meyler and Playtex Baby brought in renowned children’s author Julie Olson to break the mold with “Beginnings Imagined” -- a contest that gives parents the chance to win a hand-illustrated tale written and drawn by Olson, based on their own baby’s unique personality.

“Strategically, the program is designed to grow Playtex Baby's share of voice online, which it is accomplishing by driving interactions with associated social content and creating a newsworthy story that has led to dozens of placements on platforms relevant to our target audience.”

The program is also growing Playtex's digital fan base by requiring a ‘like” of the Facebook page to enter the sweepstakes, Beacham noted.

The campaign’s first Facebook post introducing the effort got more than 13,000 likes, and over 200 shares in less than a week.

As planned, the push has also been picked up by dozens of “mom” Web sites, while the campaign received more than 500 submissions to the contest in its first 24 hours.

Brand ambassadors -- and new moms -- Tia Mowry-Hardrict and Tamera Mowry-Hously, kicked off the launch last week with their own baby tales.

"Beginnings Imagined" is part of a larger social-media effort that Beeby Clark+Meyler been running for Playtex since 2013. Dubbed “Social Voice,” the effort has been designed to revamp Playtex Baby’s social strategy. So far, it has led social engagement rates to increase by more than 7 times.

“Baby Pool” was also a game for friends and family to guess the details of a baby's birth via social media channels.