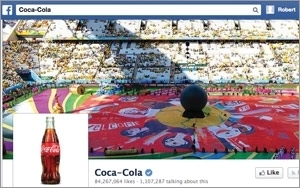 Since January, page interactions among Facebook users -- including “likes,” shares, and comments -- have risen 30%.

That’s according to new data from Prague-based social analytics firm Socialbakers, which it gathered from a sampling of some 3 million pages on Facebook.

The findings contradict a number of recent reports, which suggested that brands and media companies are seeing their organic reach rates decline on the social network.

A number of misconceptions have contributed to the perception that brands are getting a raw deal on Facebook, according to Jan Rezab, co-founder and CEO of Socialbakers.

“It’s important to remember that the Facebook news feed is smart enough to know whether [particular users] have a preference for brands or not,” Rezab said on Thursday. “Two individuals will not share identical brand experiences, explaining the expected confusion around engagement levels.”

This week is shaping up to be one of redemption for Facebook. Already, Forrester has rebutted reports of fewer teens using the social giant. The research firm surveyed 4,517 teenagers ages 12-17, and found that 78% are using Facebook, 46% are using the service more than they were last year, and 28% are on it “all the time.”

The problem was that other reports focused too heavily on post-level reach -- which did decline 27% over the quarter -- Tania Yuki, founder and CEO of Shareablee, told Social Media & Marketing Daily in May. What those reports failed to consider was the resulting increase in engagement rates, which increased 65% over the quarter.

Stateside, social media ad revenues will grow from $5.1 billion in 2013 to $15 billion in 2018 -- representing a compound annual growth rate (CAGR) of 24% -- according to a recent forecast from BIA/Kelsey.