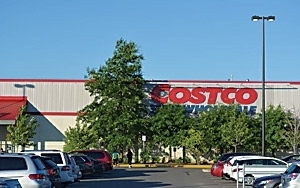 Two new polls about the shopping habits of affluent shoppers find that the rich aren’t so different: They love shopping at Costco, Home Depot and Target, too.

New research from Mintel finds that high-income consumers even love the private-label goods at Costco, with 38% saying they believe them to be comparable to name-brand items. Among homes with more than $150,000 in annual income, that opinion rises to 44%, the highest of all income segments.

And they like to shop in person, with 63% of Americans venturing in to a warehouse club in the last six months, compared with just 25% shopping online. The market research company chalks that discrepancy up to both the appeal of a trip to Costco and other warehouses, which can feel like a shopping adventure, and the inconvenience of buying bulky items online.

“Shoppers in this group may be more likely to shop across a wider variety of retail stores, and therefore more aware of the price differential among retailers,” says Ali Lipson, category manager – retail, apparel, technology and automotive at Mintel, in its report. “Additionally, part of the appeal of warehouse club shopping is the ‘treasure hunt’ aspect, or discovering unique items throughout the store. Currently, the warehouse clubs’ online model is unable to replicate this experience.”

Some 36% of club shoppers say they like finding unique items, especially among women 55 and older. Younger women, aged 18 to 34, are the least likely bargain hunters, at 30%.

And a new survey from Millionaire Corner, an investment site owned by the Spectrem Group, based in Lake Forest, Ill., reports that among those with a net worth of $5 million or more (not including their primary home) Home Depot is the favorite store, regularly visited by 57%, followed by Costco (46%), Lowe’s (44%) and Target (41%). A third say they shop at Walmart, too.

Where they don’t shop is just as intriguing: Only 2% of the survey (based on 1,200 investors with net worth ranging from less than $100,000 to more than $5 million) ever go to Lord & Taylor, for example. And only 8% of the highest net-worth shoppers go to Neiman Marcus.