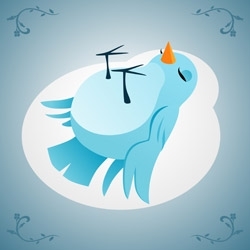 I joined Twitter in 2007 and spent the next two years explaining to friends and colleagues why they HAD to be on it, as well as discussing why it was going to be a critical content platform for marketers. Not only would it be the top way to engage with customers and influencers online, but it  would also be key to finding them in the first place.

That was then. Now, there’s speculation on the death of Twitter, which usually centers on Wall Street sentiment like earnings (Twitter’s stock has been downgraded) and standard platform health metrics like new user growth rate, log-in frequency, and content engagement.

But there’s a more important metric that is quietly on the decline. While it’s true that marketers are finding increasing ways to leverage Twitter to share branded content and get customer and product insights, that increase in use is a false proxy for real value. Twitter’s capacity to make money for its investors ultimately lies in its ability to do something very basic: have a critical mass of people listening and engaging with each other on its app. And there is really only one reason people will do that: because it’s fun.

1.     Nobody talks back:  a conversation is only fun if there are others participating.  A close look at most people’s Twitter feed (including influencers) shows lots of original posts, links, and retweets. But how many people are really answering? As Twitter’s new analytics dashboard reveals, perhaps this is because only 1% of my tweets are actually getting seen by my followers. Talking to a wall is no fun.

2.     Content gets lost: One of the reasons Pinterest has exploded is its unique ability to enable content to be “rediscovered.” I have pins from four years ago that still get re-pinned, as new users follow boards that include my content. The very act of scanning Pinterest content is fun, whether I find what I’m looking for or not. According to Moz, the lifespan of a tweet is about 18 minutes. And if a tweet doesn’t get picked up and shared immediately, it is virtually impossible to find it later, even if I look for it.

3.     No one collects tweets: On the ladder of social engagement, the lowest segment (and the largest) includes the voyeurs: those who like to watch and listen but don’t interact. Most Twitter users fall into this category, among which also fall the Collector. These are people who use bookmarks, likes, favorites, and tags to either save content for consumption later, or simply to use that curated content as a form of expression. Even with the use of hastags and favorites, Twitter’s microscopic half-life means content is not worth collecting and rapidly loses its fun factor.

4.     More is not better: With most platforms, the more people who are using it, the more valuable it is to those participating. Not so for most Twitter users. Unless you are savvy with filters, it is really hard to find meaningful content among the noise. I rely heavily on lists and third-party apps to distinguish the voices of friends, co-workers, industry pundits, pubs, and research. Just clicking the “follow’ button doesn’t guarantee that I will see that person’s tweets. I then have to manually add them to the right list to ensure they get visibility, which is a lot of work. Work is the opposite of fun.

5.     Twitter doesn’t know me: Whether we like it or not, Facebook is dedicated to the science of using data from our profiles and speculating on what kinds of things we like and don’t like. Just because the network uses this info for evil doesn’t take away from the fact that Zuckerberg and his ilk are good at it.  Twitter has made zero progress in proving that it knows me at all. It doesn’t know that the tweets I care the most about might come from people without broader influence: my brother, my son, or a dear friend.  They haven’t figured out that the criteria for how relevant a tweet is to me could have nothing to do with how many followers that person has, or that this factor changes whether I am acting as marketer or friend. It might take some time and effort to learn about me as a person, but that goes both ways. Isn’t it more fun spending time with people who know you?

In a world where consumers have short attention spans and zero brand (or app) loyalty, behavior is often driven by what they want, not what they need.  And what people want more than anything today is fun.  If Twitter can figure out how to be fun again, even for 18 seconds, it might have a chance at survival.