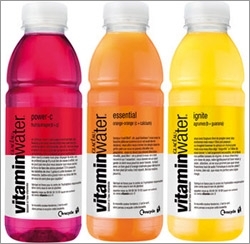 It's not every day that the Coca-Cola Company has to reverse a formula change, but when it does, you can bet we'll be hearing it about it for many years.

Indeed, 29 years after a consumer revolt made the company abandon its infamous "New Coke" reformulation within a mere 79 days and return to the "classic" formula, comparisons to the current brouhaha over its flip-flop on changing Vitaminwater's formula are inevitable.

This time around, thanks to social media and its magnification of consumer power, it took Coca-Cola only about two months to decide to reverse course.

After being immediately deluged with negative and even outraged feedback from fans, on August 4, Vitaminwater announced it had made a mistake and would change back to the old formula as quickly as possible.

Its Facebook message: "We tinkered with the taste of Vitaminwater, and our fans haven't had the greatest things to say about it, so we're changing back to the taste you know and love. We'll be sharing regular updates with you as we ramp up production, we tip our bottle caps to you, Vitaminwater drinkers."

The Facebook post offers a link where fans can find more information about the move. The additional info (on the brand's Web site), explains that product with the old formula will begin to be produced in August, start appearing on shelves in the fall, and be available nationwide by winter. The post also includes a "shout bar" that lets fans readily send questions and feedback, with the message to "go ahead and pour your heart out...we're listening."

The brand has received mostly positive reviews for the public relations handling of the embarrassing reversal.

What went wrong? The simple answer — and one that's obvious from fans' comments — is that they didn't like the new formula's taste.

As previously reported in Marketing Daily and elsewhere, beverage companies including Coca-Cola and PepsiCo have been working diligently with partners for years now to find variations of stevia (Rebaudioside A) and combinations with other natural sweeteners (including crystalline fructose, erythritol and/or monk fruit) that minimize or overcome stevia's normally bitter aftertaste when used in soft drinks.

The reasons for that search are also no secret: Consumers are suspicious of artificial sweeteners in general and aspartame in particular, and enamored of all things "natural."

Clearly, however, Coca-Cola in this case overestimated the power of the "natural" factor and/or consumers' understanding of stevia.

The company bet that replacing crystalline fructose with stevia — touted as natural based on its plant origins -- would ultimately trump any downsides from some fans' unhappiness with the change in taste in the full-calorie Vitaminwater versions. And indeed, the brand's no-cal line, Vitaminwater Zero, has always been sweetened with stevia.

But speaking to Beverage Daily, Paddy Spence, CEO of Zevia — which has an 80% share of the naturally sweetened U.S. soda market (with a formula that now includes monk fruit, as well as Reb A and erythritol) – argued that the new formula for regular Vitaminwater made the mistake of changing taste without providing any functional benefits or tradeoffs in return.

The reformulated regular Vitaminwater still had the same number of calories (about 120) and amounts of sugar (between 29 and 31 grams).

Not all that dissimilarly, Beverage Business Insights editor Gerry Khermouch theorized that consumers were really drinking regular Vitaminwater for its sweet taste, using its added vitamins as a mental rationale, so their real motivator was removed when the taste was taken away.

Other marketing and beverage industry experts have noted that, based on social media comments, some consumers ironically assumed that stevia is artificial, or at least felt that it had an artificial taste.

Many agree that more education about stevia is needed — and many have questioned whether the Vitaminwater scenario is a bad omen for Coca-Cola Life, the stevia-sweetened, mid-calorie soda that Coca-Cola is selling in Argentina and Chile and is set to hit U.K. stores in the fall. The speculation is that both Coca-Cola and PepsiCo are aiming to launch stevia-sweetened, mid-calorie sodas in the U.S. eventually.

Another, so far little-noted, factor may also be in play. Last year, an article on Coca-Cola's own Journey site revisited 1985's "New Coke" debacle. The article reported that extensive research prior to the launch showed that consumers preferred New Coke's taste, but failed to reveal "the emotional bond consumers felt with their Coca-Cola."

The company's then-president and COO, Don Keough, was quoted as saying that "the passion for original Coke was something that just flat caught us by surprise."

The piece also notes that after the company's open admission of its mistake and return to the classic formula, sales of Coke "soared" in the following months – a trend that Coca-Cola no doubt hopes will repeat itself with Vitaminwater.

Perhaps most interesting, however, is a Q&A with Michael Bassik, managing director of Burson-Marsteller's U.S. digital PR and communications practice. Asked what would happen if the New Coke situation had occurred today, Bassik predicted that Coca-Cola's response would be even more rapid, due to social media's impact and usefulness as a consumer communications tool.

He also said: "The more brands listen, respond to and engage consumers  and the more they rely on social media to help them do so -- the stronger their overall reputation will be. Support for Coca-Cola increased dramatically when the company brought back the original formulation. In essence, Coke said, 'We heard you, we listened to you, and we want to thank you for your help. You’ve made us better.' That statement delivered a feeling of empowerment among core fans. Companies only stand to benefit by taking the consumer’s voice into account. Also, it’s important to note that most consumer reactions are born from frustration with their product or service changing. So even if the response comes off as negative, it’s coming from a place of wanting to protect and preserve the brand they know and love."

The social media dynamic has been demonstrated by recent instances of other companies that have made product changes that have been subsequently reversed due to consumer pressure.

Two examples are PepsiCo's decision to revert to the old packaging design of Tropicana in 2009, after consumers widely panned a new design; and Maker's Mark's decision to drop its intention to reduce the level of alcohol in its formula.