The Incredible Shrinking Magazine: You Are All Micro-Digests Now 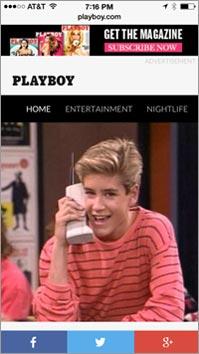 I weep for the magazine industry -- although I don’t really sympathize with its plight. Ad pages are dwindling relentlessly as money gushes to digital. Over the years at our many shows we often ask media buyers where they expect to get the money to invest in emerging platforms like social, mobile, video, etc. “Print” is almost always the most common answer. Not only that, but it is said with a slight tone of mean satisfaction, as if they are exacting a small revenge on a medium they have been waiting to shrink down to size for a while now. The infamous Mary Meeker media time spent vs. ad spend chart pretty much exposes the soft underbelly. Print garners 5% of our media attention, but still attracts 19% of spend. That is a gap hard to justify -- no matter how hard you rationalize the prestige and impact of a print ad.

The real problem, of course, is that for magazines especially, the Internet was unwelcome in so many ways. First, the always-on editorial cycles were anathema to magazine staffs, workflow, souls. It took almost a decade for them to adjust after so many promises that they really “got” digital. No -- really this time.

Worse still, the authoritative, top-down, aspirational nature of magazine culture was unprepared and temperamentally ill-suited for the hyper-democracy of online metrics feedback and social media. The new authority of the user represented a full assault on the authority of the trend-setting medium. People read magazines that always aimed above their own means and station. I covered the magazine industry for over a decade as it made this painful shift in sensibilities. I can tell you that simple things like blogging and responding to readers were not welcomed by most magazine staffs as late as 2006. And the time-spent metrics for magazine properties online were downright depressing when compared to print. Most dedicated mag readers are with each issue up to 70 minutes a month. Compare that to the 10-15 minutes that most sites might accrue from countless sessions per user each month and you can see why many people in the print industry clung so desperately to those inflated page rates.

I could go on…about their trouble adapting to competition with TV media and endemics, having to grow a video strategy, and struggling with aggregators, including Google.  There have been so many missteps and challenges for these guys. There have been some successes -- especially in social media, where the value of their brand and niche communal feel pay off especially well.

And now they are trying to make sense of themselves on mobile. Several high-profile brands relaunched recently with adaptive designs that feel mobile-first: NewYorker.com, RollingStone.com, and Playboy.com.

Each in its own way tries to revive the strong magazine design sense that a decade of browser hell killed online. The New Yorker is careful to use the typeface, headlining, and cartoon illustration we identify with the magazine. What I like about their execution is the emphasis on the reading experience. They are trying to make the handheld read easier on aging eyes. Alas, the all-important cartoon rendering on a smartphone is lacking. Captions are microscopic and the art itself really needs to fill the screen. And please, please, publishers everywhere -- put in a snap-back button to get your user back to the top of an article easily.

RollingStone.com mixes up the usual one-column feed layout to keep the eye moving laterally as well. Like Playboy.com, which bolts sharing tools to the bottom of the screen, RS hijacks the usual browser interface. You can sense in these publications their zeal in banishing the navigational gadgetry and tech garbage that has been with us since Netscape. The result is not always pretty, making users hunt for familiar nav buttons and forcing the user to learn a slightly new interface. But it is understandable that magazines want to push social sharing. Their content does very well in this ecosystem and shows how the value of brand still matters.

A lot of magazine sites still don’t’ have their AV in order. I would think that slide shows would be a core competency for the medium that marries text and image so well. but the gallery interfaces at both Playboy and RS don’t scale well to the smallest screen, often forcing long captions into tiny scroll boxes.

It would be nice to think that mobile gives magazines another at bat in a digital game most have been scrambling to stay in. After all, weren’t magazines the original portable media? Didn’t they perfect niche media, cultivating deeper relationships with readers than just about any other form? The magazine may be considered a “proto-app” in that it crafted a unique user experience not only from words and images but typeface, interface, design, flow and pace. This was the medium that invented the phrase “Dear, Gentle Reader” at the turn of the last century, signaling a turn towards targeting and personalizing the audience in media -- a road that lead eventually to mobile.

It would be nice to think that the magazine media is the one historically best positioned to go mobile.

But a decade and a half into the digital revolution, it is still unclear whether -- and how -- one of the great media passions of the last century will survive this one.

apps, magazines, mobile, print
2 comments about "The Incredible Shrinking Magazine: You Are All Micro-Digests Now".
Check to receive email when comments are posted.
Read more comments >
Next story loading