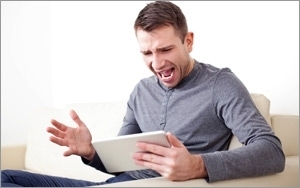 All those cellular-enabled tablets and mobile hotspots gobbling up data on cellular networks are having an effect on wireless carriers’ data network quality.

According to J.D. Power and Associates’ semi-annual Wireless Network Quality Study, the incidence of data quality problems is increasing, largely due to the increasing number of tablets and other mobile broadband devices on the networks, and the rising expectations of what they can do.

While this overall rate (which includes voice and text services) has been consistent since 2012, the most recent report shows data quality issues were higher on mobile broadband devices, such as hotspots (27PP100) and tablets (20PP100) than for phones (16PP100). The reason: consumers have different expectations based on their usage patterns for different devices, says Kirk Parsons, senior director  and practice leader for telecommunications at J.D. Power.

“These devices are typically used differently, and expectations are different for them,” Parsons says, adding tablets are used more for streaming and other longer-duration connections. “Based on those expectations, you’re going to have a rise in complaints.”

These expectations could have an adverse affect on customer retention, particularly as more consumers get cellular-equipped tablets. According to the most recent study (which is based on responses from more than 26,000 wireless customers surveyed between January and June 2014), 14% of wireless customers have a tablet with a data plan from their wireless carrier and 10% have mobile broadband devices. The study also revealed cellular tablet owners are willing to switch carriers, if a competitor can offer faster, more reliable connections at a comparable price. Nearly a third (29%) of cellular tablet owners said they were likely to switch carriers in the next year, compared with 15% of non-cellular tablet owners.

The solution for carriers is to continually upgrade their networks to adjust to these different usage patterns, Parsons says. “They’ve anticipated this, and are seeing the uptick of users in their network and the rise of people getting on those networks with multiple devices,” he says. “As they start adding more data-hungry devices to their networks, they need to make sure their service is up-to-date.”