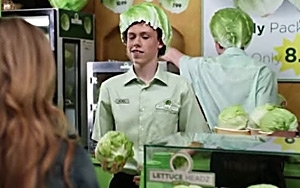 Previously, these condiments were being marketed very differently from one another. But qualitative research confirmed that their core consumers viewed them as one brand, Kraft, and that their preferences and behaviors across the three categories were very similar, says Jon Swadley, Kraft's director of marketing for enhancers.

"We needed to acknowledge and address the insight that the role of all three categories is simply to make food taste better," and market the lines with a consistent Kraft voice, Swadley tells Marketing Daily.

The first step was assessing whether the quality and taste of the condiment products lived up to consumers' expectations for the Kraft name.

The team determined that Kraft Mayo required no renovation, but that the two most popular Kraft Dressings varieties, Classic Ranch and Zesty Italian, and all eight flavors of Kraft Barbeque Sauce, could use some improvement.

The reformulated dressings (ranch now has more buttermilk and herbs, and Italian has more herbs, spices and vegetables) reached stores in June. The BBQ sauces -- featuring more tomatoes, molasses, apple-cider vinegar, sugar and other ingredients -- plus new, "more masculine" packaging, will be in stores in October, reports Swadley.

The first master-brand TV spots (including three 30-second and one 15-second, all with different creative) focus on the just-unveiled revamped dressings, and began airing in June. Two 15-second mayo spots were introduced to the mix in August. BBQ sauce ads will start in January, and more dressings and mayo spots are also planned.

One spot, for instance, points out that the radish is "no crowd pleaser. No seed of passion or inspiration. People do not covet thy neighbor's radish. There is no black market for radishes...or any market, for that matter. But new Kraft Zesty Italian, with even more herbs and spices, is treating radishes like the heroes they've never been. Because at Kraft, we believe that food deserves delicious." (All of the ads to date can be viewed on a dedicated Kraft dressings and sauces YouTube page.)

Although the three lines now share a marketing director, they continue to have their own teams. All of their marketing budgets have been increased, according to Swadley, who adds that "synergies in the creative development" and resources pooling have enabled media buys that yield greater share of voice than was possible when the lines were marketed individually.

As a whole, the salad dressings and spoonable dressings categories have been more or less flat in recent times, with BBQ sauces showing modest growth. Although Kraft is the leader when the three categories are combined, its lines had been slightly underperforming recent category sales trends, says Swadley. But since the campaign started, Kraft salad dressing sales have seen increases in the mid-single digits, and its mayonnaise sales have seen increases in the low double-digits, he reports.

Other Kraft-owned brands within those categories, including Miracle Whip spoonable dressing, Bull's-Eye BBQ Sauce and Good Seasons salad dressings, have distinct brand identities, and continue to be marketed as such. A.1. steak sauce and Grey Poupon, along with Planters nuts, trail mixes and peanut butter, are also in the Enhancers & Snack Nuts business unit. In 2012, all of these brands spent a combined $47 million on measured media, or 8% of Kraft's total, according to Kantar.

In Kraft's fiscal second quarter ended June 28, the Enhancers & Snack Nuts unit reported revenues of $600 million, up 1.4% versus year earlier -- an increase attributed to continued sales growth for Planters nuts and a shift in Easter's timing. The unit's operating income rose 18.2%. For the full prior fiscal year, Kraft reported that the unit had organic revenue growth and a double-digit increase in operating income.