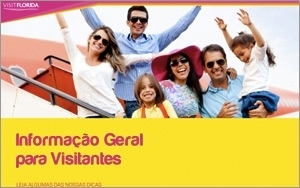 The State of Florida's official tourism organization Visit Florida has several programs on tap for 2015 to grab tourism share in both the U.S. and other markets, including Brazil. Unveiled at the 47th Annual Florida Governor’s Conference on Tourism this week in Boca Raton, the campaigns are focused on BRIC markets and include media partnerships, spokespeople, and events.

Florida is doing several multi-language efforts comprising seven apps for tablets directed at India, UK, Germany, Spanish-speaking countries, Brazil, France and China. The apps will have curated editorial content based on user interests, per the group, which says the free downloads at Apple App Store and Google Play this quarter, will be housed under an "Official Florida Guide" search directory. The apps can be used either online or off.

There is also, per the group, a presence around Brand USA's sponsorship under its “Discover America” banner at Fashion Week in Sao Paolo next April. The program includes 60-second videos about Florida before each show, and out-of-home advertising. Tour operators will be selling the state as a destination during the event in Sao Paolo, offering a deal where visitors get free international cell service via Handprint pre-programmed with shopping deals, and offering unlimited usage. Also, starting in January a Florida a microsite will be on Brazil's largest online travel website, Decolar.

The state says that Florida is a huge destination for Brazilians, capturing 57% of U.S.-bound travelers, and generating $2.3 billion for the state.

In the U.S. Visit Florida says it is also partnering with NBC's Spanish-language channel Telemundo around "La Voz Kids," a talent show that is being produced in Orlando, with former La Voz Kids runner-up and Tampa resident Alanis Sophia serving as Florida brand ambassador for the network. For its part the network is running 15-second short spots about the state in Chicago, New York, Houston and Dallas markets.

Visit Florida has also inked a three-year partnership with National Geographic. In December, photographers from the magazine will start posting on an “On Assignment in Florida” blog; and a co-branded booklet detailing Florida’s outdoor adventures will be in the December issue of the magazine. Beginning in January, the publisher will have a dedicated hub on its site comprising some 50 pages of Florida content about the outdoors attractions, flora and fauna — marine and otherwise — in the state and its national parks. Content will be shared on VisitFlorida.com, and activated with a sweepstakes and photo competition.

Visit Florida is also partnering with Supercross star Ricky Carmichael, who will be ambassador for Florida adventures. The VisitFlorida.com logo will be in the one of the virtual banners in the motorcross environment of the 2XL game “Ricky Carmichael's Motocross Matchup."

Carmichael will also promote Florida on his social channels at Facebook, Twitter and Instagram. And he will be making appearances and star in video webisodes about the state.