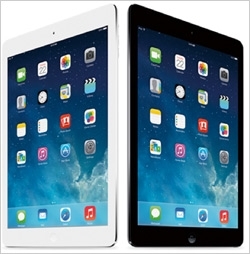 Coming in the wake of Apple’s unveiling of the new iPhone 6 models, Apple Watch and Apple Pay, the expected introduction of the latest iPad next week may seem a bit anticlimactic. That’s not just because Apple’s September announcement included the first new product category since the iPad in 2010 (and a phablet in the iPhone 6 Plus), but also because the broader tablet market is in a slump.

Research firm IDC recently revised downward its estimate of global tablet growth this year to zero, resulting from the rising popularity of phablets — devices with screens of 5.5 inches or larger — and plummeting demand for tablets, especially in mature markets like North America and Europe. And the firm doesn’t expect the new iPad models to change that pattern.

“No, we don't expect the iPad launch next week to stimulate the tablet market,” said Jean Philippe Bouchard, research director for tablets at IDC, in an interview. He explained that it’s partly a matter of “wallet share,” with more people likely to shell out for a new iPhone 6 or iPhone 6 Plus than a new iPad because of pent-up demand for the phones.

And what about Apple’s phablet cannibalizing iPad sales? "I’m sure it will have an impact on the smaller iPads," said Bouchard, referring to the 7.9-inch Mini iPads introduced in 2012. Updated versions of the company’s full-size iPads to be unveiled next week are expected to add gold as a color option to help lure buyers. But will that be enough?

As iPhones get bigger — and in the case of the 6 Plus have the same features as tablets do for multitasking and landscape support — it's hard to imagine people buying new iPads right now, so Apple will have to announce something new and interesting that’s peculiar to iPads,” noted Tom Limongello, VP, product marketing at Crisp Media.

A more significant change is not likely to come until next year, when Apple is expected to introduce a larger iPad featuring a 12.9-inch screen, according to a recent Bloomberg report. But while the upcoming iPad release may not be as highly anticipated as prior launches, marketers have not necessarily lost interest in the device, or tablets as a whole.

That’s largely because people tend to transact more heavily on tablets than smartphones, even if tablet penetration is lower overall, at about 40% in the U.S. “Just considering consumer behavior and the demographics of ownership, tablet users tend to be much more valuable to marketers with an e-commerce driven transaction,” said Gabriel Cheng, VP, strategy, at M&C Saatchi Mobile.

A recent study, however, suggests retailers still haven’t made tailoring their sites to tablet screens a priority. The L2 report last month analyzing the digital operations of 56% department stores found only 13% had tablet-optimized sites. And with tablet sales flattening, they may not feel increased urgency to upgrade their tablet presence.