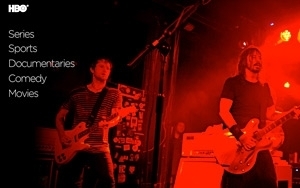 “That is a large and growing opportunity that should no longer be left untapped,” Plepler said. “It is time to remove all barriers to those who want HBO.”

He added that HBO “will work with our current partners. And, we will explore models with new partners. All in, there are 80 million homes that do not have HBO, and we will use all means at our disposal to go after them.”

Plepler estimates a proposed HBO subscription video-on-demand service would bring an additional “hundreds of millions of dollars” in revenue -- domestically and internationally.

The network has had its HBO Go online service operating since February 2010 -- but it is currently only available to authenticated HBO customers. HBO Go has more than 9 million registered users in the U.S., available in 22 countries worldwide.

In addition, Plepler said HBO will kick off a wide-reaching major marketing campaign for the service — the first time in 20 years — specifically targeted to younger viewers.

He added that HBO and Cinemax combined have grown subscribers by about 2.5 million so far this year and is on track to secure its best growth in 18 years. In August 2013, HBO was at 32.4 million U.S. subscribers, while Cinemax was at 20.5 million. Worldwide there are 127 million HBO and Cinemax premium pay and basic cable subscribers.

Subscription video-on-demand service Netflix -- which analysts have compared HBO to -- now has over over 50 million members in 40 countries, including 36 million in the United States.